Fed Paper: So Where Is the Price of Bitcoin Going? 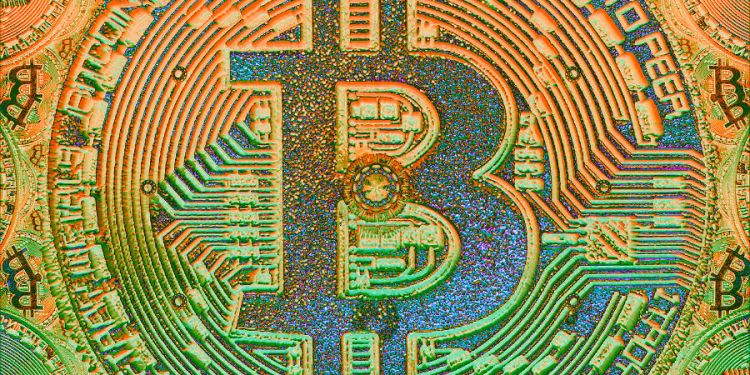 Researchers at the San Francisco Federal Reserve have concluded that Bitcoin’s run-up to nearly $20,000 in the second half of 2017 coincided with the day the Chicago Mercantile Exchange (CME) started trading Bitcoin futures. In an Economic Letter entitled “How Futures Trading Changed Bitcoin Prices”, which was published on Monday, the four authors note that Bitcoin’s price run was consistent with trading behavior and pricing dynamics that typically accompany new futures markets for an asset.

The authors also speculate on factors that may affect Bitcoin’s fundamental price.

Here’s a look at key highlights from the report.

“…the mortgage boom was driven by financial innovations in securitization and groupings of bonds that attracted optimistic investors; the subsequent bust was driven by the creation of instruments that allowed pessimistic investors to bet against the housing market. Similarly, the advent of blockchain introduced a new financial instrument, bitcoin, which optimistic investors bid up, until the launch of bitcoin futures allowed pessimists to enter the market, which contributed to the reversal of the bitcoin price dynamics.”

“Before December 2017, there was no market for bitcoin derivatives. This meant that it was extremely difficult, if not impossible, to bet on the decline in bitcoin price. Such bets usually take the form of short selling, that is selling an asset before buying it, forward or future contracts, swaps, or a combination. Betting on the increase in bitcoin price was easy—one just had to buy it. Speculative demand for bitcoin came only from optimists, investors who were willing to bet money that the price was going to go up. And until December 17, those investors were right: As with a self-fulfilling prophecy, optimists’ demand pushed the price of bitcoin up, energizing more people to join in and keep pushing up the price. The pessimists, however, had no mechanism available to put money behind their belief that the bitcoin price would collapse. So they were left to wait for their “I told you so” moment.

This one-sided speculative demand came to an end when the futures for bitcoin started trading on the CME on December 17. Although the Chicago Board Options Exchange (CBOE) had opened a futures market a week earlier on December 10, trading was thin until the CME joined the market. Indeed, the average daily trading volume the month after the CME issued futures was approximately six times larger than when only the CBOE offered these derivatives.

With the introduction of bitcoin futures, pessimists could bet on a bitcoin price decline, buying and selling contracts with a lower delivery price in the future than the spot price.”

Factors that may affect the fundamental price of Bitcoin

“…the mining cost of bitcoin should not affect its value any more than the cost of printing regular currency affects its value—basically not at all.

Transactional demand in turn depends on a number of factors. One is the availability of substitutes. If a different cryptocurrency becomes more widely used as a means of exchange in the markets currently dominated by bitcoin, demand for bitcoin may drop precipitously because these tend to be winner-takes-all markets. Second, if traditional financial institutions become more willing to accept bitcoin as collateral, a means of payment, or a direct investment, demand may increase substantially. Finally, official recognition and regulatory acceptance of bitcoin as a means of payments would increase its circulation, while regulatory constraints or introduction of transaction fees may reduce it.”

“While we understand some of the factors that play a role in determining the long-run price of bitcoin, our understanding of the transactional benefits of bitcoin is too imprecise to quantify this long-run price. But as speculative dynamics disappear from the bitcoin market, the transactional benefits are likely to be the factor that will drive valuation.”