IMF: Cryptocurrency May Be a New Phase of Human Evolution 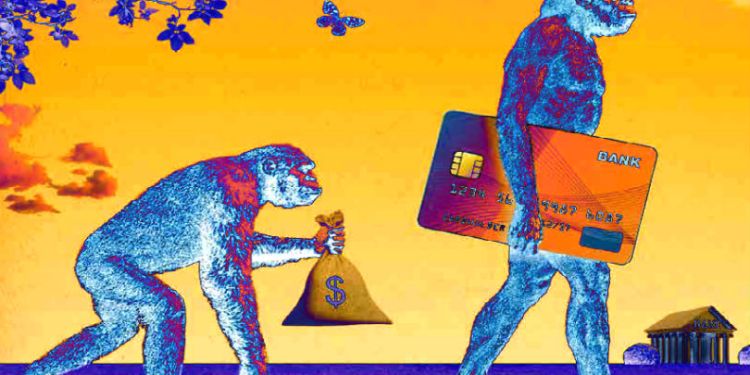 The International Monetary Fund is offering another fascinating take on the future of cryptocurrency.

Back in April, Managing Director of the IMF Christine Lagarde said crypto has the potential to trigger a “large-scale shift away” from government-issued fiat.

Now, the IMF has released a remarkable new article depicting cryptocurrency as the centerpiece of human evolution. The piece, written by Director of the IMF’s Strategy, Policy, and Review Department Martin Mühleisen, is called “The Future of Currency in a Digital World.”

The featured image depicts an early version of man with a bag of paper cash, an upright hairy beast with a credit card, and a strong modern man with a smartphone in his arm and a Bitcoin floating in the palm of his hand. 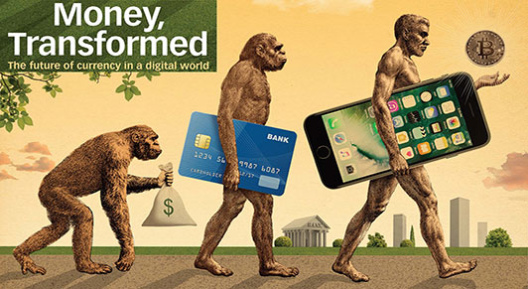 Mühleisen says the emerging digital economy has the “power to continually transform itself, progressively branching out and boosting productivity across all sectors and industries. Such transformations are rare. Only three previous technologies earned this distinction: the steam engine, the electricity generator, and the printing press.”

Although it may take a while to take root, the piece notes that the digital revolution is well underway.

“In the United Kingdom, Internet transactions already account for almost one-fifth of retail sales, excluding gasoline, up from just one-twentieth in 2008. And e-commerce sites are applying their data skills to finance. The Chinese e-commerce giant Alibaba already owns a bank and is using knowledge about its customers to provide small-scale loans to Chinese consumers. Amazon.com, the American e-commerce site, is moving in the same direction.”

However, the article is not completely rosy on cryptocurrencies. It labels Bitcoin and cryptocurrencies as anonymous, which is not entirely the case, and cites their impact on money laundering and crime, which studies show is not as dramatic as many say.

Despite any perceived or actual danger posed by cryptocurrencies, Mühleisen notes that “the underlying technology behind these currencies (blockchain) will likely revolutionize finance by making transactions faster and more secure, while better information on potential clients can improve the pricing of loans through better assessment of the likelihood of repayment.