The ‘Hodl’ Investment Strategy – From Bitcoin to Altcoins

by Richard Malone
in Crypto101 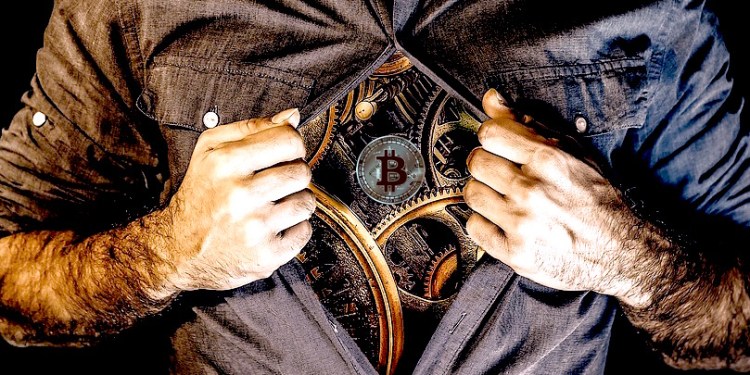 Warren Buffett once said, “Only buy something that you’d be perfectly happy to hold if the market shut down for 10 years.”

By now, most crypto enthusiasts know Warren B is not the biggest fan of Bitcoin. More precisely, he hates it. However, he is arguably the best investor of all time. Therefore, it would be foolish to reject his maxim on the basis of ideological differences. So how do we apply his superior investing philosophy of equity investing to the crypto markets?

“Wait, what is hodl? I’ve never heard of such a thing,” said probably no one reading this article. This is because the term is the most ubiquitous in the crypto investing community, and has been solidified as the ultimate rallying cry for long-term believers in the viability of cryptocurrency.

Given the extreme volatility of the crypto markets, is it wise to implement a long-term investment mentality? It’s a fair question we will explore in this article.

Note – The opinions expressed in this article are mine and should not be considered investment advice nor the advice of The Daily Hodl. Please consult an experienced financial advisor before making any investments, especially in this incredibly volatile field.

The History of the Hodl

So for the 1% of you out there unfamiliar with hodl (and for the 99% of you in the mood for a good chuckle), I’d like to start this section with another “quote” from the esteemed GameKyuubi – the post that set this phenomenon into motion.

I type d that tyitle twice because I knew it was wrong the first time.  Still wrong. w/e. GF’s out at a lesbian bar, BTC crashing WHY AM I HOLDING? I’LL TELL YOU WHY.  It’s because I’m a bad trader and I KNOW I’M A BAD TRADER. Yeah you good traders can spot the highs and the lows pit pat piffy wing wong wang just like that and make a millino bucks sure no problem bro.  Likewise the weak hands are like OH NO IT’S GOING DOWN I’M GONNA SELL he he he and then they’re like OH GOD MY ASSHOLE when the SMART traders who KNOW WHAT THE FUCK THEY’RE DOING buy back in but you know what?  I’m not part of that group. When the traders buy back in I’m already part of the market capital so GUESS WHO YOU’RE CHEATING day traders NOT ME~! Those taunt threads saying “OHH YOU SHOULD HAVE SOLD” YEAH NO SHIT.  NO SHIT I SHOULD HAVE SOLD. I SHOULD HAVE SOLD MOMENTS BEFORE EVERY SELL AND BOUGHT MOMENTS BEFORE EVERY BUY BUT YOU KNOW WHAT NOT EVERYBODY IS AS COOL AS YOU. You only sell in a bear market if you are a good day trader or an illusioned noob.  The people inbetween hold. In a zero-sum game such as this, traders can only take your money if you sell.

so i’ve had some whiskey

(but only if it’s payable in BTC)

Eleven minutes later, the first hodl meme was created, and not long after that, hodl became a sensation. Thousands of hodl memes proliferated as a result (often to the annoyance of the community).

Amid his drunken rant were surprisingly succinct encapsulations of two common phenomena: the exhibited emotions spawned by the volatility of Bitcoin, and the pitfalls of trading if you are not savvy (which we will learn, nobody is really “savvy”).

Thus the best investing philosophy regarding asset class was introduced to the crypto community: Buy and hodl.

An example of a meme generated after the first infamous “HODL” post, courtesy of Investopedia.

Let’s continue the theme of starting each section with a quote with another maxim from Warren B.

“If you are not willing to own a stock for 10 years, do not even think about owning it for 10 minutes.”

Clearly, this quote is about the stock market. However, as previously mentioned, this wisdom can and should be applied to other asset classes.

All markets, but very specifically crypto markets, endure periods of great price appreciation and depreciation. It is the investors with the long-term perspective that overcome short-term fears and comfortably ride out the natural vicissitudes of financial markets. Buying and holding any asset has always provided the best returns in the long run. The best investors in the world, such as Warren B, Peter Lynch, Jack Bogle, and Joel Greenblatt, all advocate for buy-and-hold methodology to achieve consistent outperformance.

Another hodl meme, courtesy of bitcoinInvestr.com

One more quote from our boy Warren B:

Numerous studies indicate that a massive majority of traders fail. There are some who outperform the average, but that small minority also actively trades far more than the “average” day trader. And even that tiny minority fares far worse than our hodlers.

As evidenced in many Reddit forums, the hodl-bashing active traders irrationally attribute outperformance to skill rather than luck. When the entire market soared last year, traders were banging the tables, citing their superior forecasting abilities as the reason for their insane performance. They must have forgotten that everyone killed it last year.

This is unless you are one of the many unfortunate souls who bought BTC in December or January and didn’t hodl out of fear. For those who haven’t sold, hodl!

I do admit that there is a proper time to sell an asset. To gain a better understanding of when it is appropriate to sell, read this piece about technical indicators.

Here’s the caveat about the above assertions – hodling is for the blue chips of cryptocurrency, such as BTC and ETH. So what about altcoins? Should we hodl them as well?

In my opinion, nah.

Hodling only works when the underlying asset has long-term viability. During the era of the dotcom bubble, 86% of companies with a “.com” at the end of their name from 1996 – 2006 went to zero. It is my opinion that the current crypto market is even frothier, and therefore, I believe over 90% of cryptocurrencies out today will be worthless in five years. It was the Amazons and the Microsofts of the era that ended up sustaining and ultimately providing incredible returns for their respective hodlers.

Hodling is for viable assets with great fundamentals and business models. I’m by no means asserting that all altcoins are shitcoins. I am, however, advocating for rigorous fundamental analysis to determine the underlying efficacy of the business itself.

Other Considerations: Taxes and Time Horizon

Other things to consider are taxes and time horizon. Short-term capital gains attributed to active trading can be as high as 40% of appreciation. As long as you make less than $426,000 per annum, long-term capital gains are never taxed more than 15%. Regarding time horizon, hodling doesn’t work for a short period of time. If you invest in crypto and hope for a quick return, then don’t hodl. You need a significant time period, often 5-10 years, to reap the maximum benefit of hodl methodology.

If you’re not an experienced trader, don’t trade. Even if you are, you’re probably still generating smaller returns than the hodlers. So my recommendation is not only hodl, but allocate a small percentage of your monthly income for increasing the size of your position. This enables the power of compounding interest and will multiply your overall returns.

The year 2018 has been a wild ride for crypto. Taking the long-term approach will help mitigate the emotions associated with enduring market volatility. If you believe Bitcoin will be around for five more years, then it will assuredly be worth more than it is currently.

This article by Richard Malone was originally published by CoinCentral, our media partner.