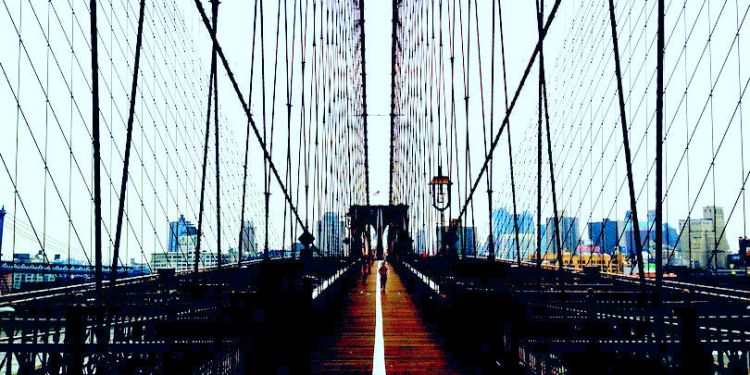 It’s getting harder for the naysayers to pretend Wall Street’s biggest players will avoid bringing Bitcoin and cryptocurrency to their clients.

Goldman Sachs, Morgan Stanley, Citigroup, and the owner of the New York Stock Exchange (ICE) are all reportedly gearing up to launch Bitcoin products and services for institutional investors.

Goldman, one of the largest investment banks in the world, gave cryptocurrencies a major Wall Street boost earlier this month when its chief financial officer, Mark Chavez, affirmed the development of a Bitcoin derivative. He also called reports that Goldman is abandoning plans to open a crypto trading desk “fake news.”

Speaking at TechCrunch Disrupt Conference in San Francisco, Chavez said the bank is working on “non-deliverable forwards,” which are over-the-counter derivatives that are settled in US dollars and have the reference price tied to the Bitcoin-US dollar price that’s set by a group of exchanges. Chavez says that the bank is planning to offer the Bitcoin derivative because it’s what clients want.

Prior to making a move into crypto, the bank has analyzed the fundamentals of Bitcoin, its market potential and the behavioral changes of a growing class of investors: Millennials. Goldman has also taken note of the emergence of smartphones in mobile banking and mobile payments, with aggressive moves from Robinhood, Revolut and Coinbase, all of which have long-term crypto strategies.

Banking giant Citigroup is also moving into crypto, according to various reports. Its angle is a digital asset receipt (DAR), an instrument that allows for, perhaps, the most direct way to invest in Bitcoin and cryptocurrencies without having to own the underlying asset directly.

As Wall Street tries to figure out the best ways to “financialize” Bitcoin and cryptocurrencies, it wants to achieve the same principles that have made bankers and high-net wealth individuals flush with cash: make lots of passive income by minimizing as much risk as possible.

Business Insider reports that Citigroup may have “cracked the cryptocurrency code.” The DAR, which allows US investors to invest in foreign stocks that are in regulated markets, acts like an American depositary receipt. It effectively gives Wall Street investors a way into Bitcoin with less risk.

Citigroup also calls out the coming digital transformation in banking in its latest report, and Citibank is reportedly exploring consumer crypto products.

Morgan Stanley is the latest to jump on the bandwagon, according to a source who spoke to Bloomberg,

“Investors will be able to go long or short using the so-called price return swaps, and Morgan Stanley will charge a spread for each transaction, the person said.

The bank is already technically prepared to offer the Bitcoin swap trading, and will launch once there is proven institutional client demand and after the completion of an internal approval process, the person said.”

The biggest and boldest crypto project comes from Intercontinental Exchange (ICE), owner of the New York Stock Exchange. As Goldman Sachs reports, cryptocurrencies represent just 0.3% of world GDP. That’s a lot of opportunity for any company or conglomerate that can financialize Bitcoin and sell it to Wall Street.

“In bringing regulated, connected infrastructure together with institutional and consumer applications for digital assets, we aim to build confidence in the asset class on a global scale, consistent with our track record of bringing transparency and trust to previously unregulated markets.”

Bakkt is going to be bringing the futures market that $BTC should have had from day one… Future contracts that are actually settled in Bitcoin instead cash settled… Coming in November. The more I read about @Bakkt , the more excited I get.https://t.co/mNzZSJM3xw

Bakkt will offer investors one-day Bitcoin futures contracts. The agreements assure buyers that they’ll receive the Bitcoin they purchase at a set price one day later.

The venture aligns with industry insiders like Jack Dorsey, CEO of Twitter and Square, who believe Bitcoin can become the currency of the internet.

”Bitcoin would greatly simplify the movement of global money, it has the potential to become the first worldwide currency” https://t.co/srmIIwH5jd

While the debate about Wall Street’s full-throttled entrance into Bitcoin continues, computer science engineers are quietly coding, building Bakkt and its critical crypto infrastructure to onboard the world.