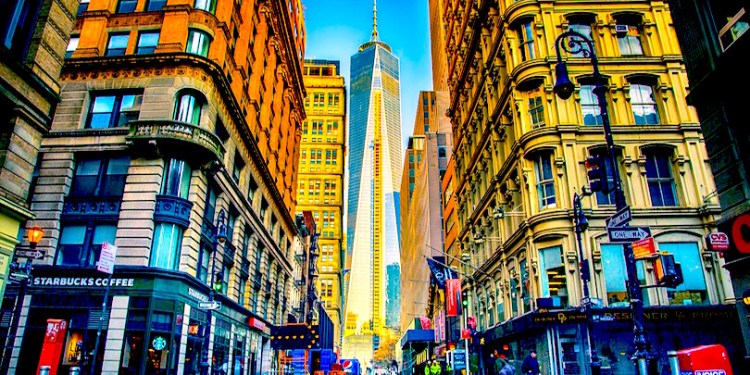 The 42-page report, issued on Tuesday by Attorney General Barbara D. Underwood, details how some of the information was collected.

“The OAG sought voluntary participation, expecting that platforms would embrace the opportunity to provide the public with much-needed clarity regarding basic practices and functionality. Most did. Nine of the thirteen platforms participated in the Initiative: Bitfinex (operated by iFinex Inc.), bitFlyer USA, Inc., Bitstamp, Ltd.,2 Bittrex, Inc., Coinbase, Inc., Gemini Trust Company, itBit (operated by Paxos Trust Company), Poloniex (owned by Circle Internet Financial Limited), and Tidex (operated by Elite Way Developments LLP). The OAG separately invited HBUS – a platform that calls itself the U.S. “strategic partner” of Huobi Inc. – to respond, as the platform opened for trading in July 2018. HBUS elected to do so, and its responses are included in this Report.

The information provided by these platforms forms the basis of this Report. Four platforms – Binance Limited, Gate.io (operated by Gate Technology Incorporated), Huobi Global Limited, and Kraken (operated by Payward, Inc.) – claimed they do not allow trading from New York and declined to participate.

The OAG investigated whether those platforms accepted trades from within New York State. Based on this investigation, the OAG referred Binance, Gate.io, and Kraken to the Department of Financial Services for potential violation of New York’s virtual currency regulations.”

The report goes on to note the jurisdictions of each of the exchanges that declined to participate.

“The platforms that refused to respond to OAG’s Initiative – Binance, Gate.io, Huobi, and Kraken – are located in other countries or, in the case of Kraken, headquartered in California. Binance reportedly moved its operations to Malta, after initially locating in Tawain and then Japan. Huobi is reportedly based in Singapore. The location of the operator of Gate.io – which transacts tens of millions of dollars’ worth of virtual currency per day – is unclear from public sources. The company, however, represented in writing to the OAG that the platform is based primarily in China.”

“Importantly, while Bittrex is the only participating platform not to offer volume discounts to high-volume customers, bitFlyer USA, Bitstamp, Gemini, HBUS, and itBit disclosed to the OAG that certain traders may receive different, and presumably preferential, pricing according to the terms of confidential bilateral agreements, the details of which are not disclosed in public fee schedules.”

The report covers key fundamentals, including security issues, trading fees, KYC policies, manipulation, and other consumer risks due to automated trading activities and various practices associated with crypto exchanges. It offers vital insights for consumers who are trying to navigate their options in a growing space with multiple players offering crypto-related services across the globe.

But the report highlights the friction that exists between authorities and the very businesses they’re trying to control.

It includes a warning about the platforms that did not comply to the AG’s requests for information.

“Customers should be aware that the platforms that refused to participate in the OAG’s Initiative (Binance, Gate.io, Huobi, and Kraken) may not disclose all order types offered to certain traders, some of which could preference those traders at the expense of others, and that the trading performance of other customers on those venues could be negatively affected as a result.”

Jesse Powell, the co-founder and CEO of Kraken, compared the AG’s insinuations to a scorned ex-lover.

NY is that abusive, controlling ex you broke up with 3 years ago but they keep stalking you, throwing shade on your new relationships, unable to accept that you have happily moved on and are better off without them. #getoverit https://t.co/DC5S1WyRnp

“’This report is another example of New York’s [Office of Attorney General] overreaching its mandate by requiring businesses that operate outside of their jurisdiction to subject themselves to New York oversight,’ wrote Taylor in an emailed comment.”

The cryptocurrency market, in addition to being integrated into the existing financial system, is a social movement designed to eliminate the need for intermediaries. On the road to increased adoption, regulating the space has presented significant challenges.

Authorities are tasked with protecting consumers without stifling innovation and without issuing voluntary requests that appear to be coercive, excessive or beyond their purview. Innovators, meanwhile, are tasked with meeting compliance, being transparent and applying fair business practices.

Coinbase CTO on Bitcoin and Crypto: Blockchain Is a ‘Transnational, Algorithmic Regulator’