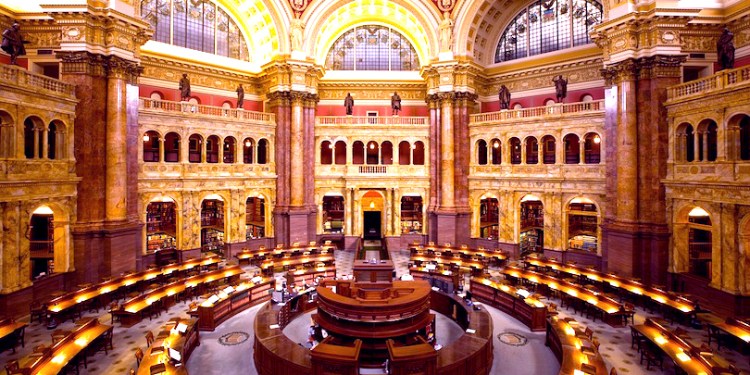 Leaders in the US cryptocurrency space stood up to Congress this week, asking for clarity and urgency around regulations – or else.

While many assume that innovators in the Wild Wild West of crypto strive to avoid regulations, it became clear this Tuesday on Capitol Hill, during a roundtable discussion hosted by Rep. Warren Davidson, that just the opposite is true.

“We all want fair and orderly markets. We all want the same things regulators do,” said Mike Lempres, chief legal and risk officer at cryptocurrency exchange Coinbase. “It doesn’t have to be done the same way it was done in the past, and we need to be open to that.”

One common complaint among the 45 participants who represented several companies, including Nasdaq, Fidelity, State Street, Coinbase, Circle, Andreessen Horowitz and Blockchain, as well as the U.S. Chamber of Commerce, was that the laws being applied to this emerging technology are outdated.

“We are not going to do any violence to the traditional definition of a security that has worked for a long time. We’ve been doing this a long time. There’s no need to change the definition.”

Clayton was referencing a Supreme Court ruling from 1946 which defines a security as an investment of money in a common enterprise, in which the investor expects profits from others’ efforts. Many crypto experts argue that the rise of digital currencies, tokens and ICOs (initial coin offerings) have added a layer of gray that requires further distinction and definition.

Panelists conveyed their struggles to interpret whether or not an ICO was compliant, claiming utility tokens should be considered commodities as opposed to securities.

They suggest that the lack of clarity creates hesitation and fear in the companies’ movements and innovations.

“If the rules are unclear, unwritten or unknown, it’s not appropriate to punish people for making the wrong guess,” says David Forman, Fidelity’s chief legal officer.

Ryan Singer of the Chia Network broke down the central questions.

“We’re trying to understand, can we have a basic definition of what’s decentralized enough? What’s functional enough? What’s the point where we can be another player in the ecosystem and not necessarily an issuer of an investment opportunity?”

While there have been fraudulent ICOs that have been rightfully terminated, there have also been circumstances where companies making more honest mistakes are equally punished.

One concern among the panelists is that since cryptocurrencies are not backed by the government, founders have the freedom to relocate to countries with more crypto-friendly laws, which could leave the US in the dust.

“The competition around the world is real. But I think that there is still time and opportunity for the US to be a real leader here.”

“Foreign companies are able to out-raise their U.S. competitors and often whoever raises the most money is who wins. Not only are US companies not able to raise enough to compete globally, US investors are not able to invest in these global companies.”

“We see recognition globally of that blockchain and crypto assets will play a pivotal role in the next generation of finance and our national economies. And there are countries racing to provide regulatory certainty so they can be the winner in this race. They can essentially take a stake as the global capital of finance, which is now in the US moving elsewhere. We’re seeing national, holistic frameworks in other countries designed to drive the adoption of this tech. You can look at UK, Singapore, Japan… They’re winning because they have one framework that covers this entire technology… Certainty is that prerequisite for adoption, and it’s enabling much faster growth.”

Aaron Wright, professor at Cardozo Law School and the director of Cardozo’s blockchain project, says entrepreneurs are dreaming about a world where more and more assets are represented as tokens. With the impending shift to a digital economy, regulations will need to accommodate not only existing technologies but those that are coming in the future.

“What we’ve seen today, particularly in the early wave of token sales, is an effort in order to treat many tokens as securities. If we do that, and if the classification of tokens are deemed to be securities across the board, it’s going to be a massive expansion of power by the financial services industry. More and more assets that could be deemed as consumer goods will be required to be purchased through financial services companies and other regulated entities. That is something that should be deeply concerning.”

“I’m sensing we may need an entirely new category that treats this like a new asset, so that we’re not trying to squeeze a square peg into a round hole. There needs to be some streamlining based on the definition of digital assets.”

Davidson is gathering information as he prepares to introduce a related bill this fall.