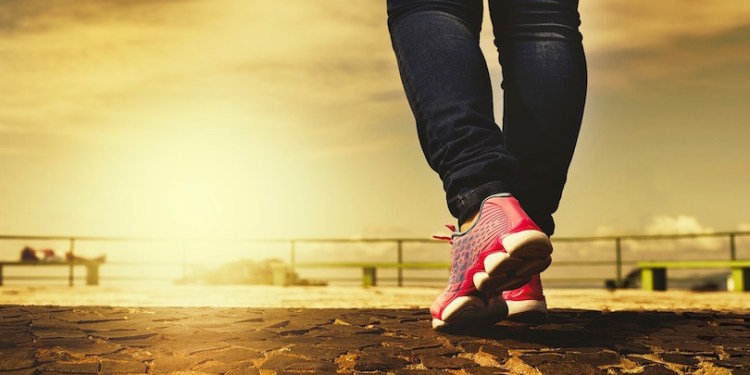 Why Use Cryptocurrency to Pay for Anything?

Sure, we hear that a sustained rise in global cryptocurrency adoption could increase the price of popular tokens such as Bitcoin, potentially enriching investors. And we read about businesses developing blockchain applications to lower their transaction costs. Or if we delve into Bitcoin’s origins, we learn about crypto’s rebel appeal. A group of software developers made an ideology out of developing and using cryptocurrency to engage in secure peer-to-peer transactions without involving intermediaries such as banks and governments. That is, it seems, they wanted to stick it to “the man.”

US Consumers Don’t Need Cryptocurrency – Yet

OK. So, think about it. If you’re not a crypto punk libertarian or a bean counter, why would you switch to paying for things in cryptocurrency? Well, until new applications come on line, maybe you wouldn’t. US consumers already have an array of fairly reliable options to make financial transactions. For example:

US debit cards are relatively convenient and cost-effective. Debit cards typically cost consumers on average only 24 cents per payment, and the number of US per-person debit transactions in 2016 averaged 23.6 per month. That makes the average annual cost of using a debit card only about $68. Granted, U.S. financial institutions limit how much users can withdraw at one time. And true, debit cards are vulnerable to fraud (which costs US financial institutions an estimated $900 million in 2016). Sure, in some instances, debit cards are less secure than credit cards. Some institutions require debit cardholders to notify them within 60 days of a fraudulent transaction, or be liable for the entire amount. Overall, however, the US debit card system serves consumers fairly well.

Though credit cards cost US cardholders on average about 2% per transaction, the cost for service seems reasonable, and a handful of states ban merchants from passing on credit card transaction fees to consumers altogether. Credit card holders enjoy an interest-free loan for as long as one month, which may be offset through rewards points, while timely repayment can bolster a user’s credit record. Though fraud remains a risk, credit card companies generally monitor well, and reimburse for losses. So, the main inconvenience for most credit card holders is reacting to periodic instances of fraud by changing a credit card number and updating an autopay.

Sending a US wire transfer, which directly debits a bank account, costs roughly $30 within the US, and $50 to an overseas destination, not exorbitant except for those sending a large volume of payments. The process normally requires entering a receiving bank account number and routing number. Receiving a wire transfer costs slightly less than half that and in some cases is free. Venmo and Square Cash allow for free wire transfers if linked to a checking account (not via your credit card).

Established by the Federal Reserve, ACH (Automated Clearing House) is an electronic money transfer between banks, which is typically free or extremely low-cost. In 2015 ACH debit transfers by dollar value totaled $54.76 trillion, while ACH credit transfers accounted for a stunning $90.54 trillion.

Checks take time to clear, especially for a large or out-of-state payment, and carry risk of mail fraud. But the U.S. Postal Service is relatively reliable. Checks don’t incur substantial fees, as do many wire transfers, and are convenient for consumers who lack a debit card.

Who Needs Cryptocurrency More Than US Consumers?

In other words, until new crypto applications come online, US consumers lack strong incentive to pay for things in cryptocurrency. The same generally applies to consumers in the rest of the industrialized world. So then, which consumers benefit the most from cryptocurrency? I’ll tell you who. Many consumers in developing countries. That’s where a critical mass of people  lack the secure, reliable, efficient bank accounts and credit cards to easily pay for goods and services. And that’s where many sole proprietors and other small businesses have a hard time selling their rice, or coffee, or clothing to customers outside their local communities for the same reason. They don’t have secure, modern online banking facilities.

So, given today’s early stage applications, cryptocurrency adoption could grow fastest in emerging markets. Indeed, globally, an estimated 1.7 billion adults remain unbanked. And approximately two-thirds of them own a mobile phone that could help them use cryptocurrency to transact, and access other blockchain-based financial services.

Data underscores the receptiveness of consumers in developing countries to cryptocurrency as a transaction medium. The Asia Pacific region has the highest proportion of global users of cryptocurrency as a transaction medium (38%), followed by Europe (27%), North America (17%), Latin America (14%), and Africa/The Middle East (4%), according to a University of Cambridge estimate. Though the study’s authors caution that their figures may underestimate North America’s proportion of global cryptocurrency usage, they cite additional data from LocalBitcoins, a P2P exchange platform, suggesting that cryptocurrency transaction volume is growing in developing regions, especially in:

Cryptocurrency’s Appeal in the Industrialized World

I believe consumers in industrialized nations would use cryptocurrency to engage in transactions when and if more secure, convenient, and lower-cost applications emerge. New applications are already coming online to facilitate transacting, settling ledgers, and sharing/tracking data in a myriad of public and private sectors, from financial services and healthcare to government services and economic development. The pace of such development suggests that a new wave of cryptocurrency consumer applications may also come online that make paying for – and selling – goods and services to other consumers and to merchants faster and cheaper than ever.

To help fuel more of these innovative applications, cryptocurrencies must become “scalable,” i.e., able to handle mass transactions simultaneously. Although a payment platform such as Visa can process thousands of electronic transactions per second, Bitcoin can currently process only about three to seven transactions per second. That’s insufficient for the high volume that many evolving blockchain applications require if they become widely adopted. Indeed, in late 2017 and early 2018, Bitcoin’s low scalability and its popularity as a payment method clogged networks, causing slowdowns and higher transaction fees. This setback may well have contributed to BTC’s year-to-date price decline of roughly 50%.

Enter several emerging projects. Bakkt, a financial trading platform recently proposed by the Intercontinental Exchange, plans to expedite Bitcoin transactions by facilitating exchanges from within its anticipated stockpile of cryptocurrency. Plasma seeks to improve the scalability of Ethereum. The Lightning Network (LN) seeks to improve the scalability of Bitcoin, Litecoin and other cryptocurrencies.

According to cryptocurrency expert Andreas Antonopoulos, by not registering most transactions on the blockchain, The Lightning Network “…completely changes the scaling game. Now we can think about millions, and millions, and millions of transactions per second.” Antonopoulos cautioned that development hurdles remain, involving security, routing and legal risks due to cross-border jurisdictions. But he also emphasized that though LN remains in “… the very, very early stages,” resolving the outstanding issues remains a question of simply executing the process of “engineering optimization.”

Still at the beta stage, LN will probably not solve Bitcoin’s scalability challenges in 2018. And some observers question whether LN can scale Bitcoin for mass transaction volume in the next two years. I think the collective brain power of three separate companies — implementing the engineering optimization process and collaborating with a plethora of independent developers — suggests that the Lightning Network will fulfill its promise. But if not, I think other solutions, will emerge to scale Bitcoin and other cryptocurrencies. Bakkt, for example, seems a strong contender if approved by regulators.

These factors contribute to why I think cryptocurrency is likely to transform how consumers and enterprises around the world do business.