Is Bakkt the ‘Killer App’ for Bitcoin and Crypto?

by Brian Sewell
in Trading 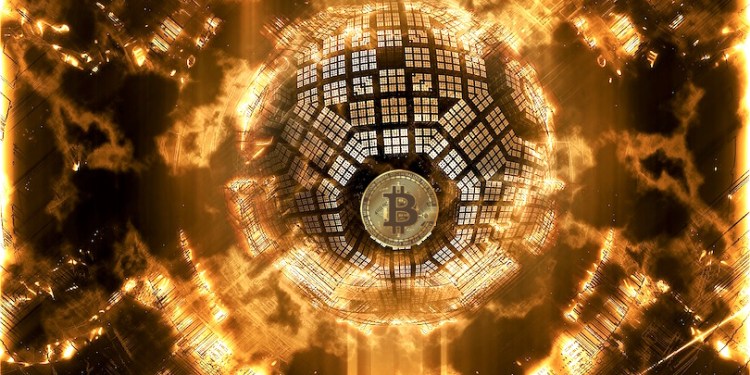 Crypto in the Doldrums

Cryptocurrency’s brand has recently taken yet another hit. Japanese crypto exchange Zaif just lost $60 million to hackers. That follows the plunder of another Japanese exchange in January, Coincheck, which lost nearly half a billion dollars, not to mention the raid of several other exchanges this year.

Signs of a Turnaround?

But positive news may be around the corner. The big boys of exchange trading have come to crypto town. Intercontinental Exchange, a leading operator of global exchanges, burst onto the scene this summer, announcing the formation of Bakkt, a company which could create a sustained rise in Bitcoin investment and adoption. If approved by the U.S. Commodities Futures Trading Commission (CFTC), Bakkt plans to create the largest US-regulated global platform for consumers and institutions to buy, sell, store and spend digital assets. Investors would purchase a digital asset (a commodity) through a broker-dealer, regulated as a member of the ICE futures exchange.

And Citigroup, one of the world’s biggest issuers of American Depository Receipts, which allow Americans to own foreign stocks through a custodian, will reportedly offer crypto custody solutions to institutional investors. If approved by regulators, its “Digital Asset Receipt” (DAR), would allow institutional investors to securely invest in cryptocurrencies. A custodian firm, Depository Trust & Clearing Corp, would provide secure storage of the cryptocurrency assets.

Bakkt Would Address Custodianship and More

But Bakkt is a more comprehensive cryptocurrency solution, addressing custodianship and far more. If Bakkt is successful, according to ICE CEO Jeffrey Sprecher, “Bitcoin would greatly simplify the movement of global money…It has the potential to become the first worldwide currency.” So, is Bakkt cryptocurrency’s next killer app? And if so, what would this mean?

According to Harvard Business School Professors Marco Iansiti and Karim R. Lakhani, blockchain technology, “has the potential to become the system of record for all transactions. If that happens, the economy will once again undergo a radical shift, as new blockchain-based sources of influence and control emerge.”

If Bakkt realizes its vision, the firm could indeed resolve several issues that have long stymied cryptocurrency adoption and investment.

Bakkt to the Futures

Regulated futures markets provide the cornerstone for the Bakkt plan. Although a trading facility that simply exchanges fiat currency for Bitcoin on a “spot” basis doesn’t come under regulation, Bitcoin futures trading is regulated by the CFTC. Two exchanges, ICE Futures U.S. and ICE Clear U.S., would launch their first physically delivered Bitcoin futures and warehouse in coordination with Bakkt.

In its repeated rejections or postponements of rulings on proposed BTC exchange-traded funds, SEC decisions have insisted that listing exchanges provide sufficient “means to prevent fraudulent or manipulative acts and practices” or demonstrate “surveillance-sharing with a regulated market of ‘significant size.’” According to the SEC, this would require “…meaningful analysis of the futures markets based on “reliable data about the [Bitcoin] spot market…”  The CFTC presumably shares these concerns, through their commitment to protecting “…market users and their funds, consumers, and the public from fraud, manipulation, and abusive practices…”

And though Bakkt has not yet released details about how it plans to collect and analyze data on Bitcoin trading to detect fraud and market manipulation, it seems to have a formidable infrastructure to do so. Not only does ICE operate six leading regulated financial exchanges including the New York Stock Exchange, but selling data on exchange pricing and providing analytics represent ICE’s biggest revenue generators. Its ICE Global Network provides clients access to data analytics from over 150 global markets, including proprietary data from NYSE and ICE exchanges, its ICE Data Services division, in addition to over 600 proprietary and other sources.

Bakkt also plans to remove borrowing from the investment equation, which could satisfy regulatory interests in reducing investor risk. The new daily Bitcoin contract “…will not be traded on margin, use leverage, or serve to create a paper claim on a real asset,” explained Bakkt CEO Kelly Loeffler. The first contracts Bakkt envisions will be physically delivered Bitcoin futures contracts priced relative to a fiat currency. “Buying one USD/BTC futures contract, for example, will result in daily delivery of one Bitcoin into the customer’s account,” Loeffler clarified, which would typically occur within the Bakkt digital warehouse.

By handling Bitcoin transactions from within its large anticipated supply of Bitcoin, Bakkt also intends to speed up Bitcoin transactions. Facilitating trades within its anticipated Bitcoin stockpile could thus solve the cryptocurrency’s “scalability issue.” Sustained scalability for the world’s largest cryptocurrency by market capitalization could in turn unleash a plethora of business and consumer applications to make commerce cheaper, more efficient and accessible to consumers and businesses around the globe in ways we haven’t yet even imagined.

Anticipating such scalability, Bakkt is partnering with Starbucks: which has announced it intends “‘to play a pivotal role in developing practical, trusted and regulated applications for consumers to convert their digital assets into US dollars for use at Starbucks.’”

What are the chances that Bakkt will succeed if it receives CFTC regulatory approval? Much of the odds turn on the experience of ICE’s visionary CEO Jeffrey Sprecher and his considerable exchange infrastructure. Under Sprecher’s leadership, ICE has amassed an extraordinary record of creating, revitalizing and optimizing regulated leading financial exchanges, including:

No one is infallible. But if any one individual has the potential to transform Bitcoin from volatile, hack-prone gadfly to reliable global currency and efficient transaction channel, it may just be Jeff Sprecher and his global ICE exchange infrastructure.