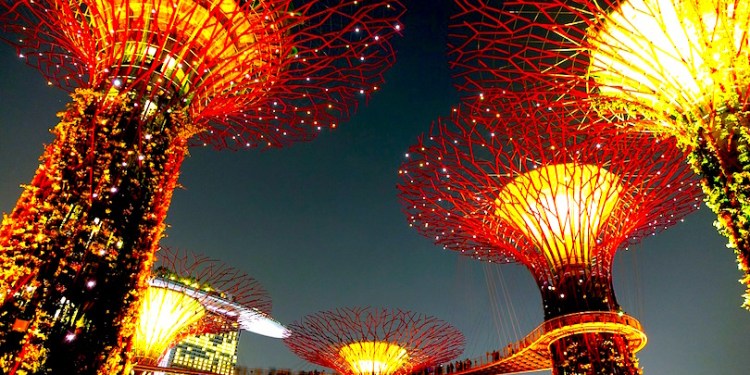 Dozens of cryptocurrency industry leaders warned Congress last week that a failure by US authorities to produce a robust regulatory framework will cause innovators of the emerging technology to flee. Now, according to new research, it appears that the US is already experiencing a backlash. Blockchain startups launching Initial Coin Offerings (ICOs) are finding a greater base of support outside of the US as they turn to Singapore.

According to a new report by blockchain analytics firm Elementus, fewer ICOs were hosted in the US in August than in Singapore, marking the first time that the US, the world’s largest economy by gross domestic product (GDP $18.57 trillion), has gotten eclipsed by the island nation of Singapore (GDP $297 billion).

In the month of August, researchers tracked 17 ICOs hosted in Singapore, 15 in the US, 9 in the UK and five in Switzerland.

According to the Elementus report,

“The ICO market remains quite robust with $1.4 billion raised in August – an increase of 44% over the prior month. All signs point to a maturing ICO market: fundraising grows more competitive, more established companies wade in, and security tokens show their first signs of life.”

Data shows that the ICO market is as strong as it was last year, with an estimated raise of $28.4 billion as of the end of August 2018.

“In August, ICOs raised nearly $1.5 billion, on par with the amount raised during the bull markets of last November. In fact, the majority of historical ICO fundraising occurred during the current bear market. Of the total $28 billion raised to date, $15.9 billion occurred between February, 2018 and August, 2018.”

Speaking before Congress last week, Aaron Wright, professor at Cardozo Law School and the director of Cardozo’s blockchain project, explained the vision of blockchain entrepreneurs – and the need for US regulations to grasp it.

“What we’ve seen today, particularly in the early wave of token sales, is an effort in order to treat many tokens as securities. If we do that, and if the classification of tokens are deemed to be securities across the board, it’s going to be a massive expansion of power by the financial services industry. More and more assets that could be deemed as consumer goods will be required to be purchased through financial services companies and other regulated entities. That is something that should be deeply concerning.”

US Regulator Supports Crypto Innovation, Urges Caution and Restraint from the Government