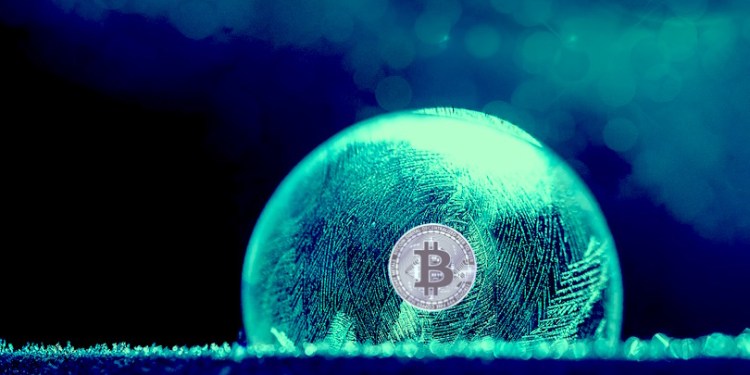 Banks across the world have blocked Bitcoin credit card purchases, almost overnight. The reason stated is the concern that customers will accumulate large debts as a result of the value of cryptocurrencies plummeting globally.

It seems a remarkable step for banks worldwide to collectively save customers from financial difficulties on such a large scale. Even the Chinese government is looking at tightening legislation further preventing its people from investing in Bitcoin and other cryptocurrencies.

When have banks ever been known to care about the financial wellbeing of their customers on such a grand scale? It is almost touching, or is it just good financial risk management on the part of banks protecting their own assets? More than likely.

The 2008 global financial crisis resulted in many business closures, which some entrepreneurs have accused banks of changing the payment for loans and removing overdrafts with almost immediate effect. Some business owners claim, they were told at the time, the banks pointed to their agreements and clauses that legally allowed the banks to do so. A group of businessmen and women who lost their companies in the UK under these circumstances are challenging the action of banks through Parliament and contesting the legitimacy of the levels of bonuses received by banking bosses at the time and since.

Bitcoin and other cryptocurrencies are an unregulated part of the finance sector. Cryptocurrencies have been seen as the next evolutionary stage of financial transactions from bartering to metal coins and paper notes to electronic currency we all know as under the banner of cryptocurrencies, of which Bitcoin is one of many.

Despite the hype over Bitcoins and its competitors, these currencies, whilst the total value in circulation is large, they actually only represent a miniscule part of the banking system. Owners have limited options on how they can spend their assets and usually buy Bitcoins to invest as venture capitalists where they would not normally have had that opportunity because traditionally venture capitalist are wealthy individuals or large corporations.

What most do not hear about are the number of cryptocurrencies that have failed in the market. Those failure stories are circulated within cryptocurrency circles and are soon forgotten about within a few weeks such that there is no real reliable data to quantify these losses. It could also be the case that the cryptocurrency market has nothing to gain from promoting failure stores for fear of damaging the reputation of established cryptocurrencies. There are many sources for small and inexperienced investors to research and weigh up the risks of potential ventures, and most can be found online, including world renown financial journals and newspapers. Experienced investors are well versed in utilising analytical tools to aid decision making.

Until the recent fall in the value of Bitcoin and others, cryptocurrencies have not been a concern for the banking sector. Could this be because banks have not considered the alternative currencies as a threat because of the small proportion that these represent in the finance sector?

What is clear is the swift action that banks have taken to minimise risks to their organisations. Had banks not banned credit card purchases of Bitcoin, it could have resulted in the banks picking up the unpaid bills of speculative customers who may have fallen victim to plunging prices in the cryptocurrency market currently being experienced. Some may have already done so. This unregulated market could leave banks exposed because of the lack of regulation.

The market has lost faith in cryptocurrencies with unprecedented falls in prices. But is this really a bad thing? Or is this just one of those things that happens in markets? Prices of commodities and currencies have been rising and falling since stock exchanges have been trading around the world. There is the old caveat of “investments can go down as well as up”. So, can we really feel any pity towards anyone who has seen the value of their Bitcoin assets drop severely?

Cryptocurrencies have opened up opportunities for new investors to become venture capitalists for projects where, historically, their investment would have been too small to be able to participate. Bitcoin has been used by people, not well versed in financial investments to join in supporting the development of new products and companies.

What those small level investors are now experiencing is the loss in the value of their investments, and that probably does hurt. Maybe these small investors will hold their nerve and are optimistic about a reverse in the fortune of Bitcoin. What is most certain, is these fledgling investors are experiencing what stock brokers have been experiencing for centuries. This is probably a valuable lesson for these investors, and possibly they will consider hard their decision-making process in getting to where they are now.