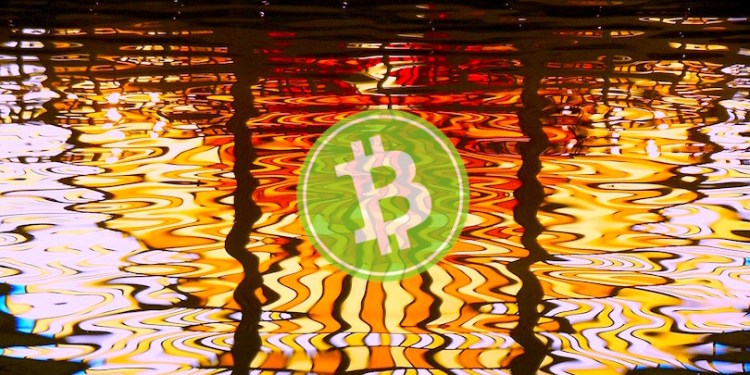 As part of a scheduled protocol upgrade, Bitcoin Cash (BCH) hard forks twice a year. But this year is different, as the BCH community faces critical differences within its community of developers on how to evolve the blockchain and grow the network. Scheduled for November 15, the hard fork could result in a full-blown schism. What is set to be a maintenance event may be a new chapter for Bitcoin Cash.

When Bitcoin Cash performs its upgrade, the network is set to adopt new consensus rules. At play are two dueling camps of developers with two separate visions – Bitcoin ABC and Bitcoin SV (aka Bitcoin “Satoshi Vision”).

Bitcoin Cash itself is the product of a hard fork of Bitcoin, when developers split in August 2017.

Bitcoin ABC is led by lead developer Amaury Sechet, while the opposing client, Bitcoin SV, which has new upgrade features, is being released by Nchain, led by chief developer Craig Wright and mining pool operator CoinGeek.

Cryptocurrency exchange Binance confirmed their support for the Bitcoin Cash hard fork, in a recent announcement, noting that they will suspend BCH transactions on November 15 and will issue another announcement after the fork, presumably detailing when transactions will resume.

“We will take a snapshot of all Bitcoin Cash balances at UNIX time 1542300000, 2018/11/15 4:40:00 PM (UTC). Deposits and withdrawals of Bitcoin Cash will be suspended starting from 2018/11/15 3:00:00 PM (UTC). Please leave sufficient time for deposits to be processed in full prior to this time. We will handle all technical requirements involved for all users holding Bitcoin Cash in their Binance accounts.”

Coinbase also confirmed their support in a similar announcement.

“We will pause sends and receives on the BCH wallets at Coinbase.com, in our iOS and Android apps, and at Coinbase Pro and Prime beginning at 8:00AM PST on 11/15/2018 (approximately 1 hour before the fork). Please be sure all BCH sends and receives are completed prior to that time. During the pause, your BCH will remain safely at Coinbase.

We will monitor the Bitcoin Cash network during the upgrade. Coinbase cannot predict the duration of this upgrade process. When the upgrade is complete, we will evaluate the network and take appropriate next steps, including re-enabling sends and receives. We will update our customers throughout the upgrade process and about the outcome of the fork once the network reaches consensus. In the unlikely event that multiple viable chains persist after the fork, Coinbase will ensure that customers have access to their funds on each chain.”

In an interview with Coinspice during BCH Devcon in Amsterdam, Amaury Séchet talks about the impending “Hash War” and how he’s preparing himself.

“I’ve been doing a lot of yoga in Thailand. I think this is the most important stuff you can do to be absolutely ready for the Hash War.”

Regarding the infrastructure, Séchet says there are two important steps that need improvement: making transactions very secure and attaining scalability.

He also emphasizes the importance of planning and informing the Bitcoin Cash community as a whole.

“We think it’s very important to have a predictable schedule because we have a whole ecosystem that builds upon what we are doing. So those people that build upon it, they need to know what to expect, otherwise they are going to build on something else. So we need to make sure that every time we do something, they know several months in advance so they can prepare on their own and make sure that their system is still working, and all of that, with the change we’ve predicted. So this is why we think that it’s very important to stick to a very clear timeline that everybody knows about.”

Regarding a possible split and the challenges from Bitcoin SV, Séchet is unclear about the probable outcome.

“So, they say they don’t want a split, but at the same time they are pushing for a software that if they run that software there is going to be a split – 100% guaranteed. So, what they are saying and what they are doing is not congruent with each other right now. What I think is that a lot of it is showing all tough and how much of a big guy they are and they want to present themselves as….

But if they decide to actually go through with it, then we’re going to have a split, similar to what happened in August last year.”

Séchet also addresses a “double-spending concern” that can occur on the network with a “20-30%” reliability depending on the miners involved.

“Say you have Miner A and Miner B, and Miner A accepts lower fees than Miner B, then what he can do is, you send a transaction on the network that pays a very low fee that Miner A can accept but Miner B is not going to accept. Then you pay a merchant, or whoever, through that. And then later on, preferably when you get out of the shop, you send a transaction that pays a fee that is slightly higher, that Miner B is going to accept but Miner A is going to reject it.”

Séchet says this can lead to fraud via a double spend.

“This is not a technique that allows you to double spend with 100% reliability because you don’t know which miner is going to find a block first, but as far as the studies show, you can do it with reliability somewhere between 20-30%. So it’s high enough that it’s a concern, in my opinion.”

In addition to the scheduled updates, the plan is to roll out fraud-proof upgrades within the next few months.