What Not to Do As a Crypto Trader 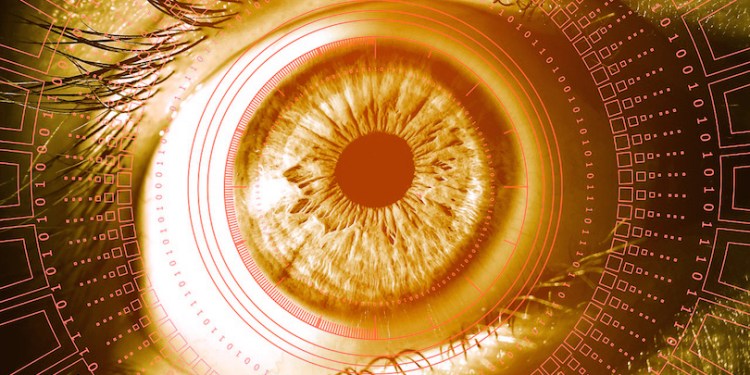 Like every other job on the planet, there are specific dos and don’ts when it comes to trading cryptocurrency. However, in this article, we will be focusing on what an inexperienced trader must not do under any circumstances. We will be doing so by paying attention to certain things a young trader might be in danger of doing when he has just entered the business of trading.

However, these actions are not limited to new traders only. Even experienced traders with many years of trading cryptos behind them may be in danger of succumbing to them occasionally. An inexperienced trader is usually at the risk of making these mistakes just after having graduated to the ranks of professionals, having left the amateur work of ‘paper trading’ behind. This is for the benefit of any trader who may give in to his or her impulses.

Every trader must guard himself or herself against these dangers and moments of impulse. What makes these impulses even more dangerous is if they lead to some amount of success initially, as it can lead a trader to be overconfident about their abilities. If a trader finds that taking specific unnecessary risks have benefited him or her, then he or she will be tempted to make even more risks. It is essential to keep in mind that taking these dangerous risks often do not pay off. These habits must be curbed at the beginning of every trader’s career.

Some of the most significant mistakes an inexperienced trader can make are indulging in over-trading and reckless pyramiding, attempting to buy everything, and acting with impatience. In the following, we discuss the problems that are created when one makes these mistakes and why it is crucial for a trader to keep himself or herself in check.

The result of over-trading, irrespective of the reason, is the same: the trader becomes addicted to this kind of gambling, only the stakes are much higher. When a trader engages in more business than he or she has the resources for, they spread themselves too thin. This is over-trading. As that reduces the margin a trader may have put aside great, this becomes especially dangerous because the slightest downward change in price can make their position precarious.

The margin exists for a reason. It is for protection and helps mitigate losses should they arise. Compromising the margin compromises the security of your position. This reckless decision-making can also lead to another major problem; it can lead a trader to doubt himself or herself, especially when a coin doesn’t perform as well as they thought it would. The moment a trader begins to question their conclusions and begins to depend on hope or the opinion of others, they must realize that they are in trouble and a crash may occur. In trading, hope is not a course of action and can’t be the course by which a trader acts. If a trader can’t trust his or her own decisions, why should anybody else?

On the other hand, if one decides after carefully studying trends, considering every fundamental factor and leaves a margin for any reactions, they will not feel uncertainty at any point because this decision has been made after careful consideration. They will neither feel the need to make any changes or reconsider their position. One must keep in mind that there is always the possibility that there are some market changes. These changes may require a trader to change his or her original decision, as it may no longer be appropriate. No other reason should make a trader closeout; be it for a profit or minimizing a loss.

Reckless pyramiding is another type of over-trading. No matter how high the temptation is, no trader must try to profit from additional equity. By throwing caution to the wind, it threatens all the work that they have done up till now. Everything that they have worked for might come undone from this one deed. A trader must stick to their original course of action and not attempt to use open trades for profit. Even one day of reckless pyramiding can lead you to lose most of your acquired profit. By not making any sudden changes, a trader is more likely to retain the profit they have already made even if there are any changes in the market because of the additional margin they have left.

Another major mistake an inexperienced trader makes is to try to buy ‘everything cryptocurrency on the list.’ To put it simply, this must not be done under any circumstances. It doesn’t matter how good an idea it may seem or how attractive something looks. A trader must not attempt it. Since this is a form of over-trading, buying everything a trader likes is equivalent to spreading themselves too thin.

Not to mention, the market can be quite unpredictable and unforeseen circumstances can cause them to retain a massive loss. Though some may argue that by buying many different cryptocurrencies a trader may be minimizing their loss by distributing risk, which is not a bad idea, this will also compromise their marginal position, which is never a good idea.

Also, while the value of all coins may climb or fall, there is no guarantee of the degree to which they will. There is also no guarantee of the time till when a cryptocurrency will rise or fall. This will either increase the loss or decrease the profit dramatically. In fact, having to act immediately to cut your losses makes it extremely difficult to discriminate between coins and can lead to some terrible decisions. This, in turn, causes the risk to become even higher. Instead of attempting to buy everything on the list, neutrality is the best option any trader has. For example, buying too many bitcoins at the same time can cause a trader to give up the profits that he or she may have made had they not attempted to do such a thing. They must not get carried away under any circumstances.

Which brings us to the next point: every trader must act with the utmost patience. It is what a trader requires the most. The best things a trader can do are do adequate research, study the market and the trends and decide from that research. The trader must have confidence in their decisions, and most do, especially when they have learned the market enough. Sometimes a trader might see another cryptocurrency climbing at an impressive speed while the coin he or she has invested in remains still. Ignoring the fact that his or her decision was a carefully thought-out one, aided by a lot of in-depth studies, they may begin to question their own choice. This, in turn, may lead them to act impulsively. This is why a trader must have the patience to see his or her coin grow and await its growth. The entire point of having a plan is to keep to it. A trader mustn’t throw it away because they were too impatient to stick to it.

Often when a trader makes a switch from a coin that doesn’t seem to be moving to a coin they consider live, they end up throwing away cryptocurrency that turns out to be a sleeper and makes a massive amount of profit. All a trader needs to remember is that they concluded through their study, and it’s necessary to stick to their position no matter how high the temptation to switch is. It is essential for a trader to let a coin develop and have the patience to wait for it to do so. They must learn how to control their impulses at the very beginning or else they develop a propensity to give in to their desires and fail to keep them in check.

Another type of impatience is when a trader tries to be in the market all the time. That is not a good idea. Being in the market all the time makes a trader want to be in control always and be doing something. This can lead to some bad decisions since a trader is then reacting rather than acting according to their plan. A trader should remain neutral and have faith in their choices rather than monitor every fluctuation with bated breath especially when the market seems unclear. Instead, they must re-enter the market occasionally, to retain their neutrality and gain a broader perspective. This allows them to make well-thought-out decisions and remain unprejudiced. Impulsive actions should be left to gamblers.