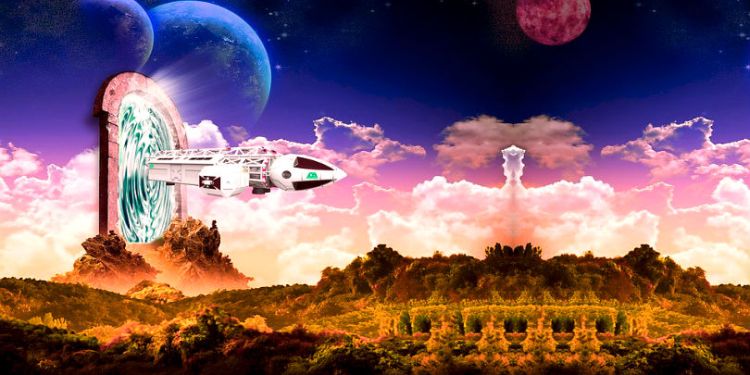 From the mass adoption of Bitcoin to a shift in transparency for XRP, here’s a look at some of the stories breaking in the world of crypto.

In a new interview with Bloomberg, the CEO of crypto investment firm Pantera says billions of people will use Bitcoin and crypto within 10 years. According to Dan Morehead,

“Six or eight years ago there was probably a million people on earth using it, now there are 50 million people that use it… I think in a decade it’s going to be billions of people using it.”

Morehead points out the fact that multinational corporations are already embracing the blockchain. From IBM to Walmart to Fidelity, he says the technology has “now reached a kind of mainstream adoption.”

When a technology is especially disruptive, it’s often known as a “category killer.” But Morehead sees Bitcoin as a “serial killer” that will “go through dozens of different industries.” He says the shift is already taking place as employees are starting to leave traditional tech jobs to work on blockchain-related projects.

“I think a lot of people have realized this is the trade for the next 20 years, and so they’ve left their standard jobs to get into the blockchain revolution…

The next few years are all about scaling these blockchains so they’re able to handle tens of thousands of transactions per second, or even hundreds of thousands.”

This week’s edition covers new protocol updates and news on a number of Ethereum-based platforms including Augur, Aragon and Brave.

Two members of the Ripple-backed micropayment startup Coil just sat down for a new interview with the YouTube Tech channel Epicenter. You can check out the interview with Ben Sharafian and Stefan Thomas below.

Meanwhile, independent XRP developer Wietse Wind has made the entire history of XRP’s ledger available to the public, using a Google BigQuery dataset. A fellow XRP enthusiast has already created a new blog exploring trends revealed in the data.

The backfilling of the public Google BigQuery dataset is done ? The XRP ledger history is now fully available. You can query xrpledgerdata.fullhistory.transactions 🙂 And @galgitron immediately started digging 🙂 https://t.co/RoVYDrwulh ? I will keep the dataset up to date.

The CEO of leading cryptocurrency exchange Binance says the BCH symbol originally used for Bitcoin Cash will never be seen on Binance again.

Instead, the symbols BCHABC and BCHSV will be forever used to represent the new blockchains that emerged from the recent hard fork.

One thing about the fork, these symbol names will stay. Binance will not support changing of trading symbols later. If anyone asks for it later, let's refer them back to this tweet. https://t.co/j1h3gb4edQ

Both can be purchased directly with the South Korean Won.

Crypto firm Galaxy Digital has invested in an EOS-based game studio built by former leaders at Activision and Blizzard.

According to a press release, the new company is called Mythical Games and is led by a world-class development team with experience creating a long list of gaming brands including Call of Duty, World of Warcraft, Guitar Hero Live, Marvel Strike Force, Skylanders and more.

The group is designed to “work closely with our research department to set the strategic technological direction, provide academic oversight to IOTA research, assess and grant funding to academic partners, and oversee collaboration with academia and other research organizations.”

IOTA says the council will be made up of “distinguished academics” that will “provide invaluable input to the research strategy and initiatives” and “oversee the quality of our research to ensure high academic standards.”

The winners of the global NEO Zürich Hackathon have been revealed.

As reported by NEO News Today, five teams won awards for their contributions, including NeoKey, What a Hack, DeepFake, Unithree and City of Zurich.

You can find out more about the projects here.