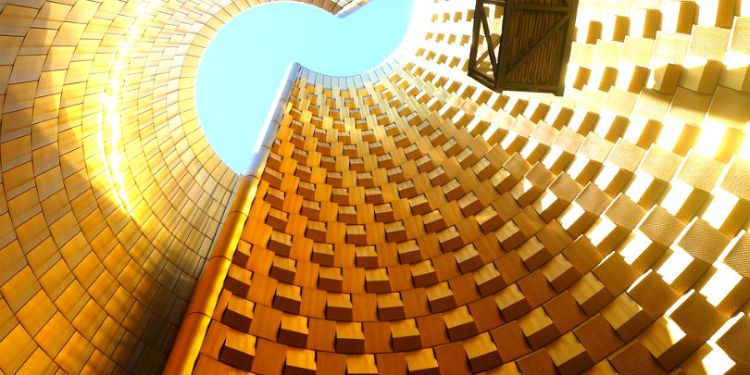 From Bitcoin versus gold to new ways to use Tron and Stellar, here’s a look at some of the stories breaking in the world of crypto.

The twin owners of the US crypto exchange Gemini are standing by their bullish outlook on Bitcoin despite the bear market.

In an ask-me-anything on Reddit, crypto mogul Tyler Winklevoss, who runs Gemini with his twin brother Cameron, said he believes Bitcoin is well on its path toward surpassing gold’s market cap of more than $7 trillion.

“Our thesis around Bitcoin’s upside remains unchanged. We believe Bitcoin is better at being gold than gold. If we’re right, then over time the market cap of Bitcoin will surpass the ~$7 trillion market cap of gold.”

If Bitcoin’s market cap surpasses gold, one BTC would be worth about $333,333, once Bitcoin’s total supply of 21 million is in circulation.

The other problem with gold reserves is that they’re physically vulnerable. When the Nazis conquered countries in Europe, the first place they went to was a central bank’s gold reserves.”

Ripple’s xRapid partner in the Philippines was just sold for $72 million.

According to TechCrunch, a majority share of the crypto exchange Coins.ph is being sold to the ride-hailing startup Go-Jek. The exchange says it has 5 million users, and plans to power xRapid payments between the Philippines and the US.

Meanwhile, the creator of the popular XRP Tip Bot is beefing up the platform’s security. Before a recent update, any user who decided to change their Twitter handle could have lost their balance.

I just added some @xrptipbot security. On changing your Twitter handle, the TipBot offers you to migrate your balance (from your old to your new handle). However, if someone would forget to do this, an attacker could register the old handle and claim the balance. Not anymore ?

The Stellar wallet platform Lobstr says it’s working to make it a lot easier to send and receive XLM. Users can now transfer their crypto simply by entering an email address. The new feature will even allow users to send XLM to email addresses that don’t yet have an account.

Send *ANY* Stellar asset to *ANY* email address in seconds.

The Litecoin Foundation says it’s formally adding a new version of the Litecoin logo. According to the foundation, the blue logo was well received in its debut at the UFC 232 mixed martial arts fighting event which broadcast Litecoin’s logo to a global fanbase.

Due to the overwhelming popularity of the blue Litecoin logo seen in UFC 232, we've added it to our style guide. You can download all the assets in the pdf on the Litecoin Foundation website. https://t.co/2nwFezCe25 pic.twitter.com/t8FExoMUmc

The Tron Foundation just tweeted an image of Tron’s head of public chain Marcus Zhao paying for a cup of coffee with TRX. Zhao used the TronCard platform to make the transaction.

? $TRX = EASY! Marcus Zhao, Head of Public Chain at #TRON, just used #Troncard and got a? in a few seconds! Thanks @PoppyPOS for making #cryptocurrency so simple. pic.twitter.com/lFB7byLlAX

The latest episode of the Cardano Effect podcast is out. This edition features an interview with Cardano language architect Manuel Chakravarty, who is working on the creation of Cardano’s smart contracts.

This interview is really special. Dr. Manuel Chakravarty of Plutus on the Cardano Effect https://t.co/4meQthtkOE