A Bitcoin ETF – One of Three BTC Turnaround Scenarios 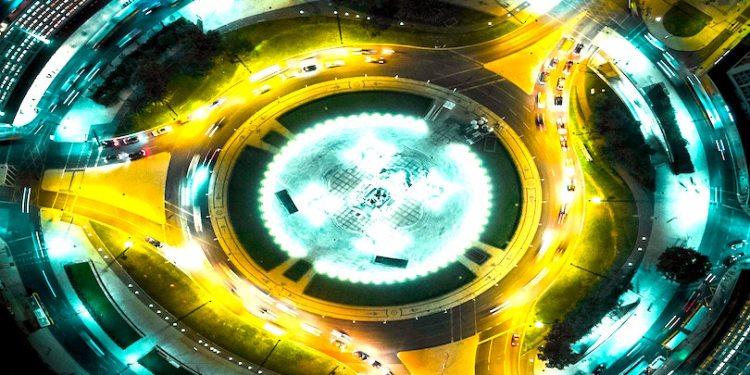 The Security and Exchange Commission’s approval of a Bitcoin ETF could attract an unprecedented level of investment in Bitcoin. An SEC-approved Bitcoin ETF represents one of three potential factors that I believe could inspire a new wave of investor interest in Bitcoin. As outlined in our previous posts, the two other potential developments are:

An ETF, or exchange-traded fund, is a marketable security that trades like a stock and tracks a stock index, a commodity, or a basket of assets. The SEC rejected a raft of applications for a Bitcoin ETF in 2018, citing concerns over custody (the secure storage of assets) and market manipulation. Approval this year is by no means certain. SEC Commissioner Hester Peirce, the Agency’s biggest booster of a Bitcoin ETF, has recently become circumspect about the chances of approval, citing “very arcane rules,” and adding, “I can’t speculate on the timing.”

But given persistent filings and revised proposals by US companies, it could be only a matter of time before a proposed Nitcoin ETF meets SEC criteria. In a recent CNBC interview, Ric Edelman, founder of Edelman Financial Engines, expressed confidence that the SEC will eventually approve a Bitcoin ETF.

“At that stage,” he added, “I will be much more comfortable recommending that ordinary investors participate.”

The Chicago Board Options Exchange (Cboe) recently refiled an SEC application for the proposed VanEck and SolidX Bitcoin ETF, widely regarded as the most likely cryptocurrency product to win SEC approval. VanEck will price its security using the MVBTCO index, which prices Bitcoin based on over-the-counter (OTC) platforms. OTC markets are generally more liquid than futures markets.

The public now has until March 13th to file comments on this proposal. The Commission can deny or approve the proposal by April 5th, or request a 90-day extension, which could postpone a decision until July 5th.

Bitwise Asset Management has also filed with the SEC for a Bitcoin ETF. Bitwise has proposed a physically-backed Bitcoin ETF tracking the firm’s Bitcoin Total Return Index. The index derives its price from various cryptocurrency exchanges. In contrast to the VanEck plan, and all past proposals, the Bitwise Bitcoin ETF would use regulated third-party custodians to hold its physical Bitcoin. The firm registered the proposal on January 10th, which allows the SEC to make a decision by late March (or late June, assuming a 90-day extension).

Federal US regulatory approval of a Bitcoin ETF could have global ramifications. South Koreans, for example, comprise roughly 30% of total cryptocurrency trading worldwide, according to one estimate, an extraordinary figure given the nation’s adult population of only about 50 million.

South Korea has experienced several high profile cryptocurrency scams, which spurred local regulators to ban both ICOs and the anonymous trading of cryptocurrency from September 2017 through March 2018.

But South Korea’s only securities exchange, the Korea Exchange (KRX), is closely watching to see whether US regulators approve a Bitcoin ETF, which would inform its own regulatory policies, according to a KRX official speaking in The Korea Herald.

“The US has been the front-runner on the cryptocurrency market and related derivatives,” said the official, “and there are strong voices supporting the launch of Bitcoin ETF’s within the [US] market – which is why we are observing the progress and response of the US Securities and Exchange Commission’s decision on Bitcoin ETFs.”

To help protect investors from volatility and manipulation, South Korea wants to see a robust underlying index for a Bitcoin ETF.

“Providing a solid index required for the launch of such ETFs, and of its role when it is commercialized and integrated into the market,” said the official, “is being discussed expansively at the KRX because it would eventually concern investor protection issues.”

Bitcoin has the largest market capitalization of all cryptocurrencies, at $67 billion. That’s the equivalent of a US large-cap stock. But it’s less than one 10th the size of the largest US stock by market cap: Microsoft at $851 billion. That provides a sense for how substantial long-term investment could impact the price of Bitcoin.

The Odds of a Bitcoin Turnaround

Let’s use probability to gauge Bitcoin’s chances of attracting a new critical mass of long-term investors. There’s no guarantee that the SEC will approve one of two Bitcoin ETF proposals. We don’t know whether, and when, the CFTC will approve Bakkt. Finally, it’s unclear when the Mt. Gox restitution case will come to an end. But if just one of these factors resolves this year in favor of Bitcoin, the world’s largest cryptocurrency could attract a broader group of institutional and retail investors than ever.