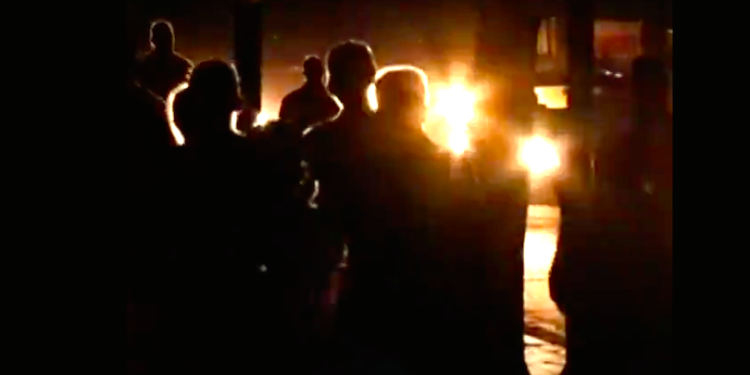 Bitcoin trading volumes on peer-to-peer crypto trading platform LocalBitcoins hit a record high in Venezuela for the week of March 2nd with users trading 25.4 billion in the national currency. The collapse of the Venezuelan bolívar continues amidst the ongoing humanitarian, economic and political crisis that has seen hyperinflation, a lack of basic goods, including food and medicine, civil unrest, violent protests and a battle to oust the Venezuelan President Nicolás Maduro from power.

While crypto supporters believe Bitcoin can offer a life line to Venezuelans, others point out how deteriorating infrastructure and other technical challenges make it difficult to adopt Bitcoin.

“Although crypto is no longer an “underground” topic the way it was a few years ago, there are still barriers to widespread dissemination and acceptance. Many people see crypto as a scam, or don’t have the connectivity to access it. Venezuela’s Internet continues to deteriorate, as the government manages most of country’s telecommunications concessions. Once you get far from the big cities it is even harder to get an good Internet connection. Smartphones, which tend to be priced in dollars, are even more expensive for Venezuelans now.”

Bitcoin enthusiast Alec Ziupsnys shows Venezuela’s inflation rate topping 2 million percent, according to the opposition-led Congress, in one of the worst hyperinflation episodes ever recorded since World War II, when inflation in Hungary reached a jaw-dropping 41,900,000,000,000,000%.

A report by the Miami Herald shows Venezuelans turning the bolívar into resistance art and hand bags, as they use the US dollar to escape hyperinflation. Ecoanalítica, a Caracas-based consulting firm, estimates that nearly a third of the Venezuelan population, roughly 9 million people, rely on the US dollar for daily transactions.

Despite the currency shuffle, hyperinflation and long lines at banks, Venezuelans are coping with massive black outs and fresh protests that erupted in Caracas on Saturday, following power outages that began on Thursday night when the Guri hydroelectric power plant failed. It affected 70-90% of the country for over 40 hours. Caracas was blanketed in darkness, with local news outlets reporting that “electrical sabotage” incapacitated traffic lights in the nation’s capital.

'This country has… become a disaster'

US politicians are blaming the latest explosion of an electrical substation in Venezuela on a lack of maintenance.

One of Venezuela’s main substations that was keeping electricity flowing is now on fire. Venezuela has lost power on a larger scale than originally on Thursday. All hydroelectric plants in the south are basically useless now#Venezuela pic.twitter.com/z1qOjW5g1e

Meanwhile reports implicating the CIA’s involvement are circulating on social media. They point to articles by news outlets NPR and the Independent to support theories that the black outs are part of a well-orchestrated coup.

#BREAKING: #Venezuela's president #Maduro says that the reason behind explosion in #Sidor's power substation at #Guayana was #US (#CIA) Cyber attack. The #Venezuela's power outage was about to end today but the Cyber attack disrupted everything again. #9Mar pic.twitter.com/dL9y53enU1

While Maduro remains defiant, Guaidó is unwavering. He’s broadcasting his messages of resistance from the streets via a megaphone, calling on his followers to stay “united and mobilized.”

#BREAKING: #JuanGuaido, Opposition Leader & Interim President has invited people of #Venezuela from all over the country to come to #Caracas and withdraw #Maduro's regime quickly. Fall of Dictator Maduro is imminent.#9Mar pic.twitter.com/MiBfoU3Phl

Turmoil in the streets of Caracas continues as civilians combat armed forces.

Over 50 countries, including the US, the UK and Colombia, recognize opposition leader Juan Guaidó as Venezuela’s acting president, after having severed diplomatic relations with Maduro.