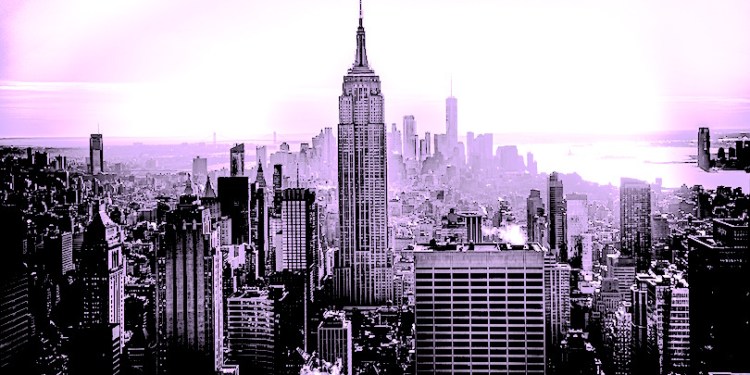 British investigative journalist and contributor at The Guardian, Oliver Bullough, is tracking how money laundering and rampant corruption keep power in the hands of the wealthy. According to his research, public money is systematically stolen and siphoned away from poor countries, crippling citizens who remain unable to get ahead.

He joins Knowledge@Wharton, a radio show from the University of Pennsylvania, to talk about his new book, “Moneyland: The Inside Story of the Crooks and Kleptocrats Who Rule the World” and how he “stumbled over the global industry of money laundering” after living in Russia for several years.

“I started looking into how that works, just trying to understand the mechanism of how money is stolen, how it’s hidden and how it’s spent…

It was a global problem, a problem whereby the money is stolen in Russia, laundered offshore somewhere in the British Virgin Islands or in Switzerland or wherever, and then it’s spent in London or in New York.”

The recent “Troika Laundromat” scandal that spread across Europe and the US, powering the illicit flow of billions from Russia, implicated a long list of banks and financial institutions, including Deutsche Bank and Danske Bank.

According to the Organized Crime and Corruption Reporting Project (OCCRP),

Bullough says he set out to “expose the complicity of Western countries in the looting of so much of the world” and believes the problem will get worse before it gets better.

“Obviously, it’s annoying if you’re from Los Angeles or New York or London and you can’t afford to buy a house because so much foreign money has come in and pushed prices out of the reach of ordinary people. But the true victims are in places like Afghanistan, Nigeria, Russia or Venezuela, where so much money has been stolen that the entire mechanism of states has been transformed into a looting machine. There is no longer any kind of honest government at all…

Ever wonder why thieves and crooks rule the world and ponder what we can do as a society to take it back? Listen to our latest with journalist @OliverBullough to get a perspective that goes deeper than the surface rage most of us feel about this situation! https://t.co/7k1wplhMDK pic.twitter.com/QDQ5NsB0Ib

Given lax oversight and political will to attract big dollars, Bullough says the US has become the best place in the world to stash stolen money from around the globe.

“There is a strong trend of anonymously owned money from overseas, from traditional offshore centers, to come to what might be called onshore or midshore – in places like Nevada or Wyoming, South Dakota, Alaska, Delaware, and so on – in order to gain the kind of secrecy that used to only be available in places like Switzerland.

It’s no exaggeration to say that the U.S. is the world’s new tax haven. In fact, it’s increasingly shaping up to be a super tax haven, with the kind of potential and reach that the previous tax havens could only really dream of.”

Bullough draws no distinction between different types of currencies including digital currencies. He says that the rich and powerful can use  “any currency like a cryptocurrency” to hide money.

“In terms of how much money is being hidden, Gabriel Zucman, who is an economist at the University of California, Berkeley, estimates it’s somewhere between 11% and 12% of all the money in the world. That’s quite a conservative estimate. Some people say it’s rather more than that. But it’s an incredible amount of money, and that amount keeps growing all the time. Hundreds of billions of dollars, or perhaps as much as a trillion dollars, is stolen from the world’s poorest countries every year and stashed in the place that I call Moneyland, this secret country of the very rich and powerful.”

You can listen to the full podcast here.