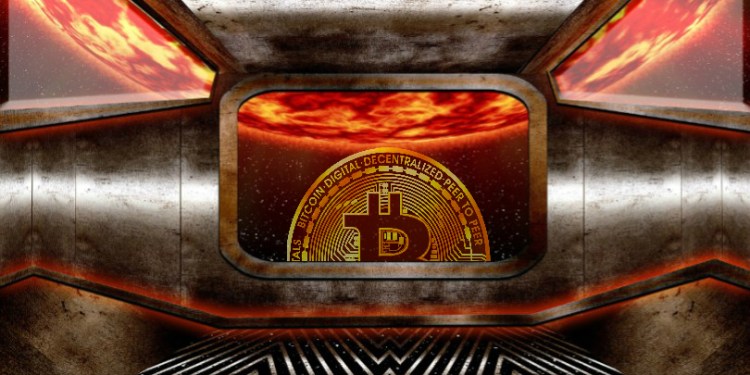 Speaking on Thursday at the Delivering Alpha conference presented by CNBC and Institutional Investor, the SEC Chairman says the world’s most popular cryptocurrency will need to be better regulated before it’s traded on a major exchange.

“If [investors] think there’s the same rigor around that price discovery as there is on the Nasdaq or New York Stock Exchange … they are sorely mistaken.”

With a market cap of $180.7 billion, according to crypto tracker CoinMarketCap, Bitcoin has seen a number of wild swings during the course of the year.

The erratic market has caused regulators to steer clear and the Treasury department to issue warnings that Bitcoin is a “national security issue” that has attracted everyone from terrorists trying to launder money and governments trying to escape US sanctions.

Bitcoin is a decentralized currency that is global in nature, not issued by any government or organization, and not governed by any intergovernmental organization.

With interest from traders all around the world, governments are struggling to regulate the emerging currency, to reduce price volatility and to control how consumers use it, invest in it and speculate on it.

“We have to get to a place where we can be confident that trading is better regulated.”

Instead of being able to define a clear set of standards, regulators around the world are tasked with cobbling together different approaches to offering guidance. While US policymakers may decide at some point that they have applied their best effort in terms of regulating Bitcoin, their policies may differ widely from those of other countries.

Bitcoin and cryptocurrency trading has been severely hampered by regulators in India and China, while regulators in Singapore, Malta and Switzerland, among other countries, have drafted guidelines to support the industry.

Without any regulatory consensus across the globe, there is no clear benchmark for what “better regulation” should look like and no deadline on reaching such regulation in order to give investors more exposure to Bitcoin.

Bitcoin futures are currently traded on CME, the world’s leading derivatives marketplace. Bakkt, a subsidiary of Intercontinental Exchange, the parent company of the New York Stock Exchange, is scheduled to launch next week. The upcoming trading platform will offer physically-settled Bitcoin futures contracts.