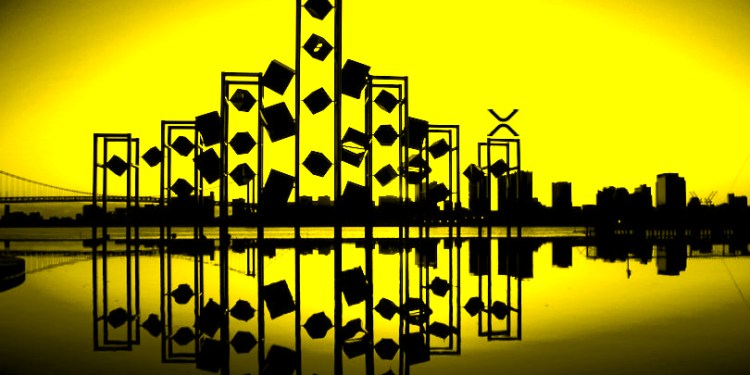 A flurry of crypto whale activity continues in the wake of Tuesday’s big crypto crash.

As traders moved 37,225 BTC worth about $325.5 million at time of sale, a holder of a huge amount of XRP surfaced, transferring 250 million XRP worth $67 million between two unknown wallets.

So far, the trader has not moved the crypto to a spot exchange, where it could be traded on the open market.

The wallet in question does not appear to be tied to Ripple, which owns about 60% of the total supply of XRP.

On Monday, Ripple appeared to sell 21 million XRP worth $5.5 million.

The XRP was sent from Ripple’s over-the-counter distribution wallet, which is used to sell the digital asset to third-party companies like crypto exchanges and institutions. Ripple loaded up the OTC wallet with 30 million XRP about an hour before the sale.

Ripple is pushing back after facing a backlash from a number of XRP investors for selling portions of its XRP holdings each month.

Ripple CEO Brad Garlinghouse says much of the funds are used to build the XRP ecosystem, and he believes the company can’t control the price of XRP no matter what it does.

“Ripple can’t control the price of XRP any more than the whales can control the price of Bitcoin. Some of these markets, particularly smaller tokens that have a lower market cap and lower flows, if you will, they are at risk of people manipulating them. But you’re talking about XRP trades an order of magnitude of a billion dollars a day of activity according to CoinMarketCap. So I don’t think anybody’s in a position to really manipulate those prices…

The point I have made is we are the most interested party in the success of the XRP ecosystem. We’re very focused on our use case and how do we solve problems with XRP. One of the things I’m excited about is you’re seeing a growing ecosystem of other players investing in other use cases around XRP.”

Through its development and fundraising arm Xpring, Ripple says it has invested $500 million in a wide variety of companies building products and services using blockchain and digital assets.

Ripple sold $251.51 million in XRP in the second quarter of this year and says it plans to sell less in the third quarter. The company has sold a total of $1.1 billion worth of XRP since 2016, according to The Block.