Bitcoin Is the ‘Ultimate Fool’s Gold,’ Could Hit $100,000 Before Bubble Bursts: Peter Schiff 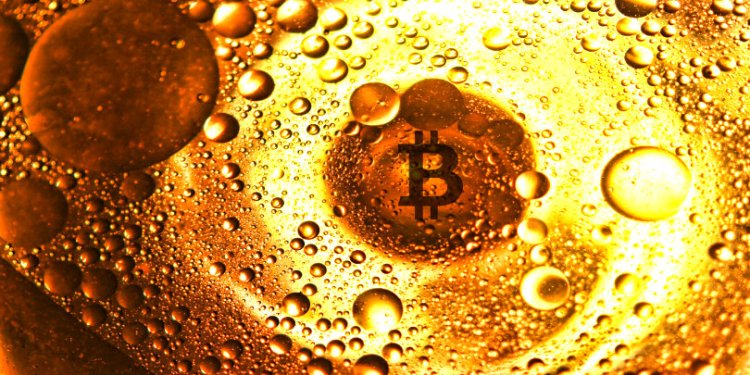 On a new episode of the Off the Chain podcast, Schiff says Bitcoin lacks substance, utility and is nothing like gold.

“When they created Bitcoin, it was designed to mimic gold. It was a counterfeit of gold. They represented a gold-colored coin even though it has no color, it has no substance. You ‘mine’ Bitcoin, even though you don’t mine it. You solve a math problem. So they tried to make it out like they were creating gold out of nothing. But they’re not. You’re not creating gold. You don’t have any actual gold. That’s why it’s the ultimate fool’s gold.”

Schiff says he continues to believe a major Bitcoin crash is coming.

But in the meantime, he says if enough people could continue to hold onto their BTC and new buyers enter the market, the leading crypto could hit $100,000 before its next crash.

“Anything can happen. If people decide not to sell Bitcoin. If everybody that owns it decides that they’re not going to sell, and then people try to buy and there’s no supply, the price could go up. It went up to $20,000. Does that mean it can’t go to $50,000? It can’t go to $100,000? I mean, it’s possible. I just think that the odds of that happening are low. It’s not impossible. It could happen.

But no matter how high it goes, it’s ultimately going to crash. That I’m confident of. But can the bubble get even bigger? Sure, it could. Rather than buy Bitcoin at $8,500 and think maybe it’s going to go to $85,000 and I make 10 times my money, just buy some silver at $18. That probably has a better chance of going up tenfold.”

Bitcoin hodlers won't sell as they believe they'll get rich when #Bitcoin moons. Bitcoin whales get rich by selling now to realize their paper gains before a market crash wipes them out. The whales must make sure the hodlers don't lose faith and cash out so that they can cash in!

Schiff says he thinks regulators around the world will increasingly target crypto assets, pointing to Mark Zuckerberg’s recent testimony to US lawmakers as a sign of what’s to come.

“The governments do feel threatened. Whether the threat is legitimate or not. I don’t believe that ultimately Bitcoin can succeed as money. But a lot of these politicians, they don’t know that. They could be just as fooled. You had one of these congressmen that was in the hearing with Zuckerberg the other day who actually thought that Bitcoin potentially was a threat to replace the dollar. And to the extent that they think that’s a threat, they’re going to do everything they can to extinguish that threat…

I’m not in favor of that. I don’t want any of this regulation. I think these cryptocurrencies should be allowed to be there. People should be allowed to gamble on them if they want, if people want to buy them. I don’t think there should be fraud. I think some people are being defrauded into buying Bitcoin and I think they might have a legal case when they lose their money. But to the extent that people are honestly exposed to it and making decisions to buy it, the government should stay away and let the markets decide.”