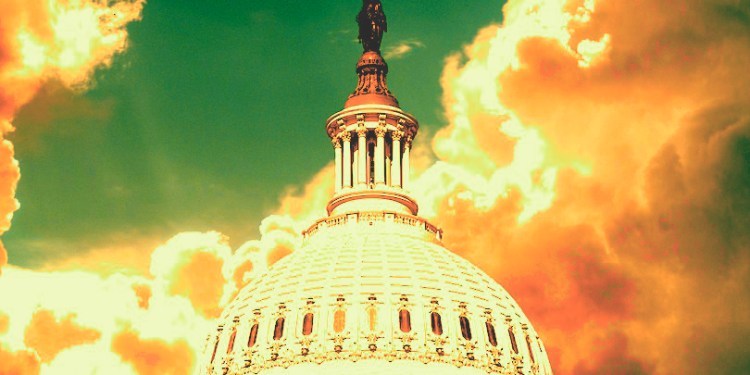 US Representative Tom Emmer says he’s writing a bill designed to give crypto companies in the US regulatory certainty.

The Republican from Minnesota first announced the bill while questioning Facebook CEO Mark Zuckerberg on October 23rd at a hearing on the company’s digital asset Libra.

Emmer called out fellow lawmakers whom he says appear to have little understanding of blockchain technology. He says it’s paramount that entrepreneurs have assurances that they won’t be wrongly targeted if they follow the rules.

“I think I can safely say that this is at least the second time you’ve testified before Congress where members end up looking like they have invested absolutely no time learning about new technologies in order to responsibly question tech companies. I think that’s a fair takeaway from this hearing. Congress is nowhere close to catching up with some of the most basic changes happening in our society…

Mr. Zuckerberg, I have serious concerns about the structure of Libra and its establishment outside the US. I also think it’s incredibly important to distinguish Libra from cryptocurrency and truly decentralized, open public networks. But what I’m most concerned about is Congress and American regulators.

Unfortunately, my colleagues have offered several proposals in conjunction with this hearing that could have a tremendously harmful impact on innovation in the United States. A few of these provisions appear to apply securities regulation beyond actual securities.

As Co-Chair of the Blockchain Caucus, I frequently meet with entrepreneurs who try to follow the rules and never receive a clear answer from regulators that what they’re doing is legal. It has not been clear whether innovators who play by the rules of the road will ever receive the assurances that the US government will not come after them.

Clarity is incredibly necessary in securities law. We can support open, public networks and we can do so in a non-partisan fashion. That’s why I intend to introduce a bill that will make it clear that as long as you register as a security or comply with an exemption under existing law, you will not continue to have prosecution from a regulator hang over your head when that asset is publicly distributed and in fact is a commodity.”

On his website, Emmer released a short statement announcing the new bill, saying he plans to introduce legislation that will offer clear regulatory rules for digital assets and blockchain technology under securities law.

“Companies that have followed our current rules of the road, even if convoluted, deserve the certainty that they can offer their digital asset to the public and help contribute to a truly decentralized network. I am hopeful this non-partisan legislation will receive strong support and help ensure investment in the United States for these extraordinary technologies.”