Stephen Colbert: I’d Rather Listen to Bitcoin and Crypto Supporters Than President Trump 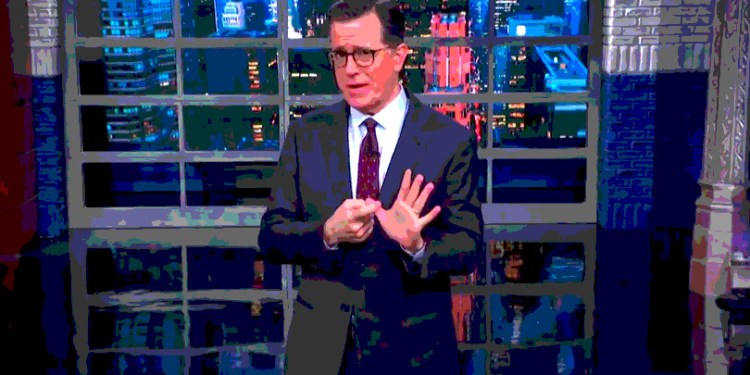 The host of The Late Show, Stephen Colbert, is taking a dig at Bitcoin and blockchain supporters.

On a new episode of the popular CBS talk show, Colbert says he’d rather listen to someone talk about crypto than have to sit through one of President Trump’s rallies.

“Let’s see, places I’d rather be than a Trump rally…

Off the top of my head, I’d go the DMV, the dentist, someone else’s child’s clarinet recital, a Soviet Gulag, covered in honey and staked to an anthill, sliding down a 50-foot razor blade into a bathtub of gin, and in conversation with someone who knows a lot about Bitcoin. Go on, go on about blockchain.”

TONIGHT: After being booed at sports arenas for the last few weeks, Trump finally found some cheers at a MAGA-KAG rally. #LSSC pic.twitter.com/fsHH9BuzAT

With its seemingly endless stream of convoluted concepts, the blockchain industry likely has a long road ahead before the mainstream is on board.

From sharding to zk-SNARKs and consensus mechanisms to stacking satoshis, staking coins, hodling and moving funds into cold storage, crypto geeks and developers in the industry love to get in the weeds on the tech, while the average Joe’s eyes glaze over.

But once the tech is simplified, will the masses really have to know how crypto works to find it useful? Most car drivers have no idea how to change their brakes or work on the engine.

Bitcoin and crypto assets at large offer a way to move capital without needing a bank. For starters. And in countries like Venezuela, where people can’t rely on their currency to maintain a stable value, people are increasingly storing their wealth in BTC.

But despite support from tech giants like Jack Dorsey, many mainstream tycoons from Warren Buffett to Mark Cuban remain critical.

In a recent interview with Wired, Cuban offered a few reasons why he thinks crypto remains way too complicated for the public at large.

“Crypto is a key that is so complicated for 99% of the population. Do you put it in a device? Do you print it out? How do you keep from being hacked? Who’s going to host it for you? It’s just so difficult that it’s only worth what somebody will pay for it…

I’d rather have bananas. I can eat bananas. Crypto, not so much.

Look, I can make a great argument for blockchain. There’s a lot of applications and they’ll be used. But you don’t need public Bitcoin, BTC. You can create blockchain on your own without using all the available cryptocurrencies. It’s not that I’m against cryptocurrencies. You just have to be very careful. At best, they’re a store of value.”