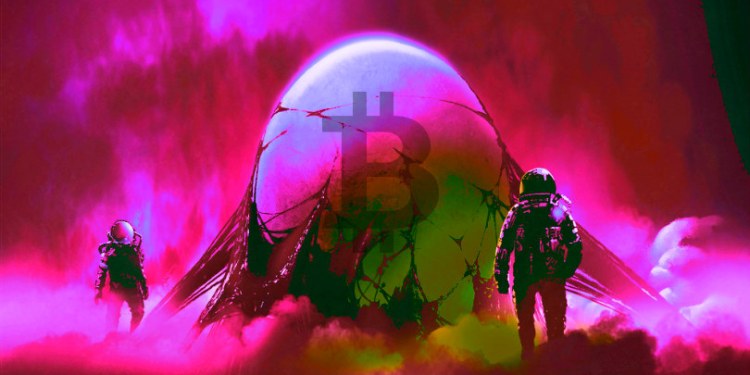 From the pitfalls and possibilities of investing in Bitcoin to a billion-dollar price tag at Ripple, here’s a look at some of the stories breaking in the world of crypto.

As another wild year in crypto comes to a close, analyst and economist Alex Krüger is urging traders to understand the potential pitfalls of investing in Bitcoin for the long haul.

He points to a prediction from the founder of the institutional crypto custody platform Xapo, who earlier this year said he believes BTC will hit $1 million in seven to ten years.

But Wences Casares issued his prediction with a warning, saying it remains far too risky to invest a large portion of one’s portfolio to Bitcoin, recommending an allocation of “up to 1% but not more as the risk of losing this investment is high.”

“Bitcoin is a fascinating experiment but it is still just that: an experiment. As such it still has a chance of failing and becoming worthless. In my (subjective) opinion the chances of Bitcoin failing are at least 20%.

But after 10 years of working well without interruption, with more than 60 million holders, adding more than 1 million new holders per month and moving more than $1 billion per day worldwide, it has a good chance of succeeding. In my (subjective) opinion those chances of succeeding are at least 50%.”

Krüger says it’s important to remember that past performance is not indicative of future results, highlighting a famous chart from statistician, former option trader and risk analyst Nasim Taleb.

The chart plots the life of a turkey that is reliably given food every single day – until the day before Thanksgiving.

Bitcoin can collapse and never recover. Regardless of how much price has increased through time, past performance is *not* indicative of future results.

=> HODLing best done with a small percentage of available wealth.

Ripple just raised $200 million in a Series C round led by global investment firm Tetragon with participation from SBI Holdings and Route 66 Ventures. The San Francisco-based payments startup is now valued at $10 billion.

Ripple says the investment “marks a record year for the business and further proves the value of blockchain technology in improving global payments and the broader utility of the digital asset XRP and the XRP Ledger.”

The money will help fund Ripple’s sprawling expansion around the world. The company currently has 49 job openings at its global offices, including in São Paulo, London and Dubai.

In a new episode of Magical Crypto Friends, Lee offers his take on the Stellar Development Foundation’s sudden decision to destroy 55 billion XLM.

The Foundation, which is responsible for the development of the Stellar network, burned the XLM after determining it no longer needs the funds to continue building the coin.

When asked if the move brings XLM closer to being a security, Lee said, “I think it does.”

“They burned coins that were meant to be distributed. They had a whole plan of distributing like 80 billion coins over the next ten years and they decided to burn half of them.

So it’s kind of quite ridiculous that they can just decide to do that. It’s similar to if a coin decided to reduce mining, basically enrich people who own a lot of coins today and reduced emissions in the future.”

The developers of Tron are trying out new privacy features.

CEO Justin Sun explains which tokens in the ecosystem will be affected.

“Great to see that TRON community developers have released the privacy feature that is the key to shielded transactions and layer-2 extension, which has entered testnet.

Everyone will be able to issue privacy-enhanced TRC10 and TRC20 tokens in the future, though they are not backward compatible. Existing tokens such as $TRX, $BTT and $WIN will not be able to incorporate this feature, and their transaction ledgers will continue to be public.”