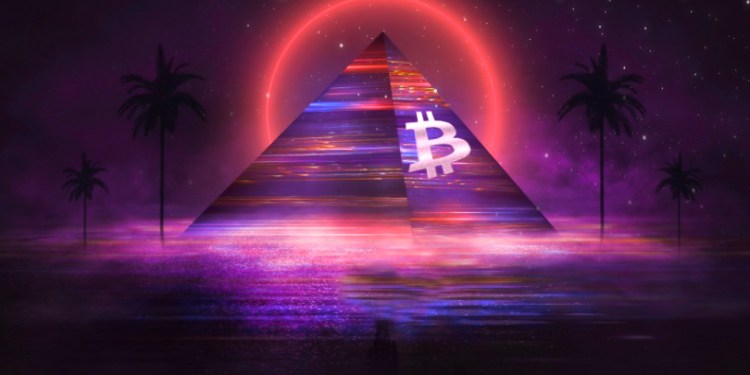 In a new interview, the chief economist at Lending Tree, Tendayi Kapfidze, tells Yahoo Finance that Bitcoin (BTC) is a pyramid scheme that doesn’t solve any real problems.

“It’s a pyramid scheme. You only make money based on people who enter after you.

It has no real utility in the world. They’ve been trying to create a utility for it for ten years now. It’s a solution in search of a problem and it still hasn’t found a problem to solve.”

Kapfidze joins several other leading economists who have called Bitcoin a pyramid or a Ponzi scheme.

“So Bitcoin isn’t a currency. It is btw a Ponzi game and a conduit for criminal/illegal activities. And it isn’t safe given hacking of it.”

“I am surely not the only person experiencing a fair bit of cryptofreude — pleasure in watching the Bitcoin etc bubble deflate. Bitcoin cultists tend, after all, to be nasty as well as crazy; not all of them, but surely above the average…

The point is that even though bubbles are, in effect, natural Ponzi phenomena, they don’t end as cleanly and suddenly as deliberate Ponzi schemes. To realize the full joy of cryptofreude, you need to be a bit patient.”

Agustín Carstens, speaking at the House of Finance, Goethe University in Frankfurt on February 18, 2018,

“Novel technology is not the same as better technology or better economics. That is clearly the case with Bitcoin: while perhaps intended as an alternative payment system with no government involvement, it has become a combination of a bubble, a Ponzi scheme and an environmental disaster.”

Both pyramid schemes and Ponzi schemes are forms of financial fraud. In the former, perpetrators defraud people by using network marketing to reel in new participants who can grab a slice of the pyramid pie as they forward money to the top of the pyramid. In this type of scheme, participants are aware that they are generating revenue through new recruits.

Ponzi schemes pay early investors by using investment proceeds from later investors, with participants believing that their investment is earning a legitimate return.

Bitcoin, the world’s most popular cryptocurrency, is a peer-to-peer digital currency system that allows people to make payments and send money domestically and across borders. It was designed to cut out middlemen, allowing users to transact without needing a traditional bank or financial service. The cryptocurrency has also become an investment vehicle for speculators.

The currency is also criticized as a means for countries to avoid sanctions and for criminals to engage in money laundering and other illegal activities. Often characterized as “too difficult to understand,” Bitcoin is accepted as a payment method online, at physical stores, for real estate transactions and other big ticket items. Some companies use Bitcoin to pay salaries. Its use among merchants and consumers, however, is moving at a slow pace.

Proponents of Bitcoin refer to it as a new monetary system and compare its adoption to the early days of the internet when few people used email.