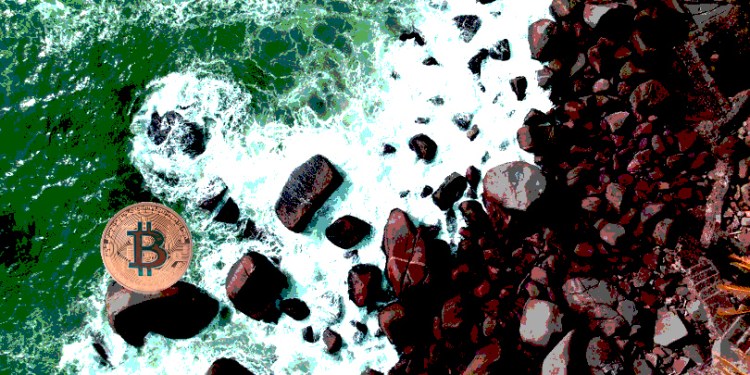 The Dow Jones Industrial Average dropped 1,031.61 points, or 3.56%, on Monday, the third biggest daily point drop in Dow’s 124-year history. As the US stock market tumbles, billionaire investor Tim Draper reveals he moved out of the market six months ago.

In an interview on CNBC’s Squawk Alley, the founder and managing partner of seed-stage venture capital firm Draper Associates says that most of his assets are now in crypto.

“I’ve got to admit, I have been out of the market for about six months. It felt pretty lofty for me, and I kind of moved most of my stuff to crypto and Bitcoin. I think that’s kind of a safe haven now, and I think this correction, it may end up being more than that, but I think we’re in for a kind of an interesting ride.”

In December of 2019, Draper predicted that the price of Bitcoin would soar to $250,000 after the May halving event. The price of the cryptocurrency crossed the $10,000-mark earlier this month, but even with the correction that followed, bringing BTC back to $9,575, the billionaire venture capitalist says he stands by his lofty Bitcoin prediction.

Bitcoin is not as easy to move around, but eventually it will be, and then you’ll have a choice. You’ll say, ‘hey, do I want to pay the banks two and a half to four percent every time I swipe my credit card?’, or ‘do I want a currency that’s frictionless, open, transparent, global and not tied to any political force?’

I mean this is it. At some point, people are going to make that switch, and Bitcoin is going to be the big winner.”

Draper is confident that Bitcoin will be the currency of the future.

“People move to things that are better. What merchant is going to want to pay their two and a half to four percent to the banks and the credit card companies?

I mean, they’re not going to want to do that forever. At some point, they’re going to say ‘hey, this Bitcoin, why don’t we accept Bitcoin because we can now use Open Node and the transaction happens instantly, and it’s faster than a Visa network, and we don’t have to pay these guys two and a half to four percent.’

This is kind of an interesting time. It’s an obvious thing for me. I think the world is going to be much better off because of this decentralized movement.”

As for crypto skeptics like Warren Buffett who think Bitcoin has no value, Draper says fear drives their negative stance on cryptocurrency. He cites Buffett’s holdings in banks and insurance companies as reasons why the Berkshire Hathaway CEO has much to lose in a decentralized economy.

“He sees a huge threat to his holdings. His holdings are more than 50% in banks and insurance companies in Berkshire Hathaway, so clearly he’s not gonna want this new currency.

Everyone who has studied it knows it’s so much better than what we have out there. These currencies that are tied to fiat government are, I think, they’re just going to be a relic of the past. It’ll be like holding drachmas and francs.”

Draper adds that a rough road is ahead for traditional investors once a decentralized world takes over.

“I wouldn’t hold an insurance company right now. I mean that they are not in good shape going for the next 10 years. Things are going to change very big.”