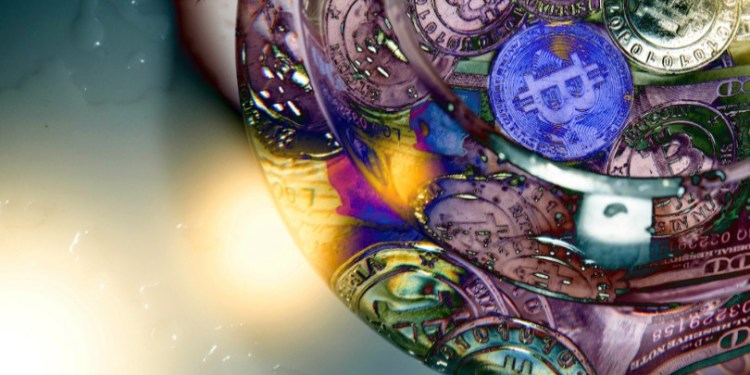 Bitcoin (BTC) is down 1.3% at $8,732 following an announcement on Tuesday from the Federal Reserve that it’s slashing interest rates. The half a percentage point drop, prompted by fears of the rapidly spreading coronavirus, also known as Covid-19, is the largest emergency cut the Fed has made since the 2008 global financial crisis.

According to the official statement,

“The fundamentals of the U.S. economy remain strong. However, the coronavirus poses evolving risks to economic activity. In light of these risks and in support of achieving its maximum employment and price stability goals, the Federal Open Market Committee decided today to lower the target range for the federal funds rate by 1/2 percentage point, to 1 to 1?1/4 percent. The Committee is closely monitoring developments and their implications for the economic outlook and will use its tools and act as appropriate to support the economy.”

As stocks slid into negative territory on Tuesday, with the Dow currently down 437 points following its worst week since 2008, which saw the biggest single-day drop of 1,191 points on Thursday, and after a strong rally on Monday that pushed the Dow to its highest percentage gain since March of 2009, Americans are reportedly turning to supermarkets and grocery stores to prepare for a spiraling outbreak of the virus.

Panic buying is prompting shoppers to stock up on water, hand sanitizer, toilet paper, canned goods and other shelf-stable foods.

I have never in my life seen Seattle Costco lines like this – 40 carts deep with over one-hour wait times. Plus, lots of Instacart orders for cases of water. #stateofemergency #costco #Covid19usa #panicbuying pic.twitter.com/XWXtmEQi7L

Economist Mark Weisbrot, codirector of Center for Economic and Policy Research, a Washington think tank focused on economic policy, told BuzzFeed News that part of the stock market decline is the result of stocks being overvalued.

Swept up in panic, people and investors read the Dow as an indicator of the health of the economy at large.

“There’s a whole psychological component to all of this.”

But that’s not preventing people from treating the stock market as the economy and from having strong reactions to market volatility, even though most people don’t own stocks. According to a report by Money.com, the wealthiest 10% own 84% of all the stocks, which means that a big shakeup only affects the very wealthiest.

Whether Bitcoin is a hedge against investing in traditional equities is widely disputed given the cryptocurrency’s own price swings. Within the past week, BTC has moved from a high of $9,372 to a seven-day low of $8,496, with crypto whales moving large amounts of Bitcoin. In  the last 24 hours, some of the largest Bitcoin holders have completed BTC transfers totaling $259 million.

“Bitcoin is neither a risk-on nor a risk-off asset at this point. It still marches to the best of its own drum. The actions of whales and leveraged traders are far more meaningful than any macro concerns.”