by Adit Gupta
in HodlX 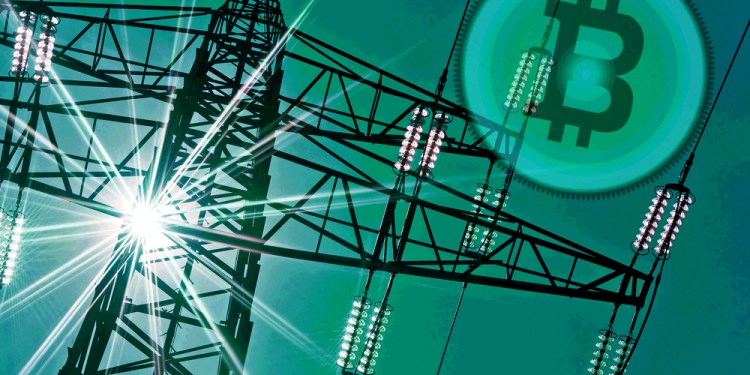 With a market cap of over $170 billion, Bitcoin is the largest cryptocurrency by market cap. With a price of over $9,000 for one Bitcoin, the cryptocurrency has come a long way since its inception over a decade ago. With Bitcoin peaking at $20,000 in December of 2017, Bitcoin miners continue to flock to the network in the hopes of making a profit themselves. Despite the Bitcoin correction in 2018 and the recent halving event, the Bitcoin hash rate continues to skyrocket.

According to the Cambridge Bitcoin Consumption Index, the Bitcoin network is estimated to consume 59.19 TWh per year. In other words, more electricity than the entire country of Switzerland. However, it is important to note these figures are only estimates.

Why does the Bitcoin network consume this much electricity?

To understand why the Bitcoin network consumes so much energy, it is important to understand how Bitcoin mining works and why miners mine Bitcoin.

Bitcoin utilizes a proof-of-work (POW) consensus mechanism to validate and process transactions on the Bitcoin blockchain. Bitcoin is not the sole cryptocurrency using POW, as both Ethereum and Litecoin currently employ a POW consensus mechanism. In a proof-of-work network, cryptocurrency miners utilize computing hardware and compete with one another to solve mathematical puzzles. The miner who finds the solution to the puzzle has effectively mined the next block and is rewarded with the block reward. While the block reward’s value differs from one cryptocurrency to another, the current Bitcoin block reward if 6.25 Bitcoin, down from the 12.5 Bitcoin before the halving event. Bitcoin halvings occur roughly every four years and slash the block reward in half to curb the cryptocurrency’s emission. Despite this, each block is still currently worth well over $50,000 as miners also earn transaction fees on top of the already lucrative block reward.

To mine Bitcoin, miners have to purchase ASIC (application-specific integrated circuit) miners, tailored to mine on the SHA-256 algorithm. Like typical computer hardware, ASIC miners consume electricity to operate and mine Bitcoin. As a result, the combined ASICs around the world mining Bitcoin consume vast amounts of power.

Why does the Bitcoin network have so many miners

With Bitcoin’s electricity consumption driven by Bitcoin miners, the question of why there are so many miners on the network arises. With each Bitcoin block worth over $50,000, the total reward pool for mining a Bitcoin block is fairly large, and therefore there will be more miners looking to get a slice of the lucrative Bitcoin pie.

With Bitcoin’s network already so large, without a massive Bitcoin mining farm, it is highly unlikely to find a block solo mining. As a result, many Bitcoin miners join mining pools to combine their hash rate to have a higher chance of finding a block. Once the pool finds a block, the Bitcoin rewards are distributed among the pool’s miners. As a result, pool mining ensures that Bitcoin mining is not limited to just large farms, thus increasing mining accessibility.

While Bitcoin’s massive electricity consumption has its obvious downsides, the large size of the Bitcoin network promotes decentralization and bolsters network security. Furthermore, while Bitcoin consumes an enormous amount of electricity, another solution to minimize the long-term impact on the environment is increasing miner dependence on renewable energy. According to the Cambridge Bitcoin Consumption Index, current renewable energy can provide enough power for the Bitcoin network many times over. Therefore, Bitcoin mining can be conducted with minimal environmental impact if powered through renewable means such as solar energy.

Adit Gupta is the founder and editor-in-chief at The Crypto Associate, a crypto media publication.