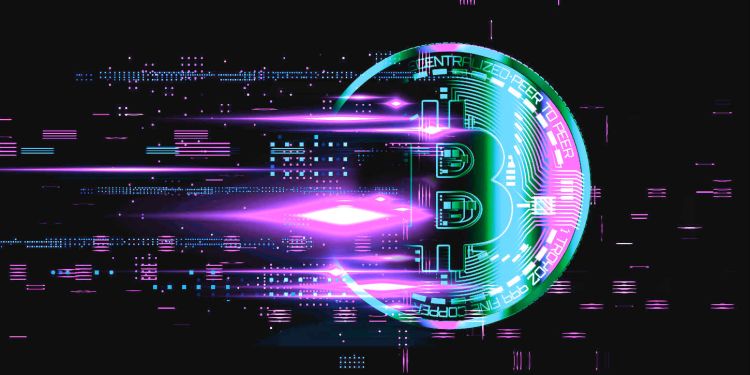 Bloomberg just released its latest outlook on the crypto markets.

Bloomberg Intelligence senior commodity strategist Mike McGlone says Bitcoin’s adoption among mainstream investors is on the rise. He expects an advantageous macroeconomic landscape to sustain a Bitcoin bull run that will “dust” the Nasdaq.

“Increasing adoption and vehicles for exposure, and custody, are accelerating Bitcoin into the mainstream of investments. In a world of zero and negative interest rates and diminishing equity-price returns due to quantitative easing, the quasi currency stores of value – gold and Bitcoin – are finding increasing investor interest…

Bitcoin $10,000 Breach Set to Dust Nasdaq – Fundamentally bullish and breaking above key $10,000 resistance, Bitcoin has a solid foundation on the back of a steep correction and period of disdain, in our view.”

McGlone adds that Bitcoin’s growing fundamentals suggest BTC is solidifying its position as digital gold. He says the leading crypto is no longer the highly speculative and unknown asset it once was, with the Bollinger Bands momentum indicator suggesting a burst to $13,000 is imminent.

“Ethereum has extended last year’s highs and leaped to one of the top-performing major crypto assets in 2020, but we view its rally as more speculative vs. the favorable demand vs. supply conditions supporting Bitcoin.”

McGlone says Ethereum is facing heavy competition from protocols that offer the same use case, as a total of 6,000 crypto assets of all sorts flood the markets. He believes Bitcoin’s scarcity is the key factor driving its value and points to a two-year comparison of BTC’s performance compared to Ethereum, XRP and the altcoin market at large as a sign that BTC is the better long-term play. Bitcoin is up 54% over the last two years, while Ethereum is down 4.5% and XRP is down 30%.

“It’s the unlimited supply of the broad crypto market vs. the relative scarcity of Bitcoin that will maintain buoyancy in the benchmark asset, in our view. About 90% of the 21 million available Bitcoins have been produced, leaving demand and adoption as the primary price-outlook gauges. Our indicators point positive for Bitcoin, while the basic rules of supply and demand leave little hope of broad-market price advancement.”

In June, McGlone made the case for why BTC may return to its all-time high of $20,000 this year.