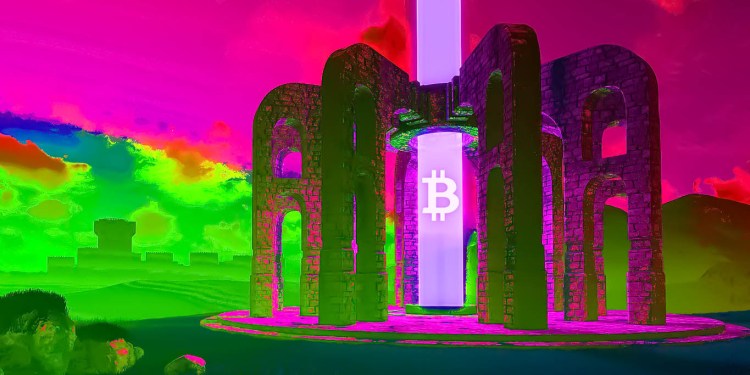 Bloomberg’s closely followed commodities analyst Mike McGlone says that the $20,000 range for Bitcoin may act as the new price floor, similar to $5,000 in years past.

The analyst says that the flagship cryptocurrency is now approaching historically “too-cold” price levels, based on a series of moving averages.

“$20,000 Bitcoin may be the new $5,000 – The fundamental case of early days for global Bitcoin adoption vs. diminishing supply may prevail as the price approaches typically too-cold levels. It makes sense that one of the best-performing assets in history would decline in [the first half of 2022].”

As bad as market sentiment appears now, McGlone describes Bitcoin’s downturn as “typical,” and points out how it is occurring alongside surging volatility in other traditional assets.

“Bitcoin Adulting vs. Spiking Stock, Bond, Commodity Volatility – Bitcoin appears to be in the midst of a typical drawdown, notably vs. historically extreme spikes in commodity prices and bond yields, rapidly reverting equities and the most aggressive Fed in about 30 years.”

“I think what’s going to happen is the great reversion. It’s just getting started. It might be like the aftermath of 1929, [but] I think it’s going to be like the aftermath of 2008 [or] maybe like after the 1987 crash. It’s so overdue, and all risk assets, everywhere from condos in Miami and Toronto to the stock market. It’s just starting to happen and the greatest inflation in 40 years and most people’s lifetime is starting that.

Once we kind of get through that period, I think Bitcoin is going to become realized as one of the best assets on the planet to hold. That’s my base case…

My outlook is I think some of the best assets to own will be gold, US long bonds and Bitcoin. I think we’re going back to deflation and the best way to get deflation is to get a big spike up in prices and then flush them. That’s what we’re doing. We’re in the early days of flushing.”