What if those Bitcoin mining rumors are true? 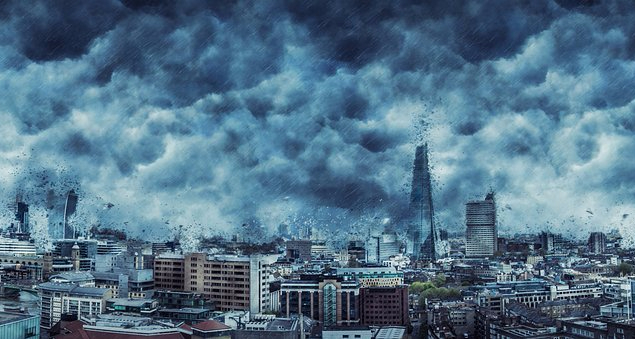 Sunnyvale, California resident and computer scientist entrepreneur Rohit Khare who was a developer with the World Wide Web Consortium (W3C) and who sold his company Angstro to Google in 2010, is an award-winning researcher in the fields of Internet protocols and decentralized systems.  He describes the core tenet of a decentralized system as follows:

“A decentralized system is one which requires multiple parties to make their own independent decisions.”

Without a centralized authority shaping decisions for all parties, there is an ideological space for peer-to-peer, local autonomous decisions to express individual goals. One set of goals may remain in conflict with the goals of other peers. Because no one party or authority can force the other, and in the absence of regulation to enforce certain conduct, a decentralized system can manifest bifurcation, detraction, and retraction. (Read: forks, war, surges, spikes, and rollbacks.) All in the blink of an eye.

An open decentralized system is also exposed to various types of malicious attacks because of the many players who act independently and not according to a central authority. How can the system be evaluated for integrity and strength, when the weakest link can change from moment to moment, depending on a quixotic spate of agendas.

And herein lie the key vulnerabilities of the current state of the cryptocurrency markets, not to be confused with the underlining principles of blockchain technologies which are largely regarded as advancements for all types of transactions and business management.

These key vulnerabilities may help us understand the sudden swings in the Bitcoin-Bitcoin Cash markets, as the tug-of-war continues. Though seemingly mercurial, happening entirely on a whim, the abrupt and sizable Bitcoin and Bitcoin Cash shifts are rooted not only in ideological clashes but in the nature of decentralization and the many disparate technologies decentralization can embrace.

The digital battle between Bitcoin and Bitcoin Cash, rooted in technological differences, has already featured a plethora of shenanigans.

The PACE Project details each type of trick that can, has been, and may rock the cryptocurrency markets:

Fraudulent Actions – It is also possible for malicious peers to act in bad faith without actively misrepresenting themselves or their relationships with others. A user can indicate that they have a particular service available even when they knowingly do not have it. Therefore, the system should attempt to minimize the effects of bad faith.

Misrepresentation – Malicious users may also decide to misrepresent their trust relationships with other peers in order to confuse. This deception could either intentionally inflate or deflate the malicious user’s trust relationships with other peers. Peers could publish that they do not trust an individual that they know to be trustworthy. Or, they could claim that they trust a user that they know to be dishonest. Both possibilities must be taken into consideration.

Collusion – A group of malicious users may also join together to actively subvert the system. This group may decide to collude in order to inflate their own trust values and deflate trust values for peers that are not in the collective. Therefore, a certain level of resistance needs to be in place to limit the effect of malicious collectives.

Denial of Service – In an open architecture, malicious peers may launch an attack on individuals or groups of peers. The primary goal of these attacks is to disable the system or make it impossible for normal operation to occur. These attacks may flood peers with well-formed or ill-formed messages. In order to compensate, the system requires the ability to contain the effects of denial of service attacks.

Addition of Unknowns – In an open architecture, the cold start situation arises: upon initialization, a peer does not know anything about anyone else on the system. Without any trust information present, there may not be enough knowledge to form relationships until a sufficient body of experience is established. Therefore, the ability to bootstrap relationships when no prior relationships exist is essential.

Out-of-Band Knowledge – Out-of-band knowledge occurs when there is data not communicated through normal channels. When trust is assigned based on visible in-band interactions, there may also exist important invisible interactions that have an impact on trust. For example, Alice could indicate in person to Bob the degree to which she trusts Carol. Bob may then want to update his system to adjust for Alice’s out-of-band perception of Carol. Therefore, ensuring the consideration of out-of-band trust information is essential.

What if the rumors surrounding bitcoin miners are true? The reality is, the miners are going where the money is. When Bitcoin Cash was on its incredible tear over the weekend, it was more profitable to mine. When its hard fork also began over the weekend, that profitability edge switched back to Bitcoin, which became more profitable to mine. The miners, in turn, switched their hash power back to Bitcoin.

Here’s what to watch: