Bitcoin’s Crash Will Test the Strength of the Blockchain 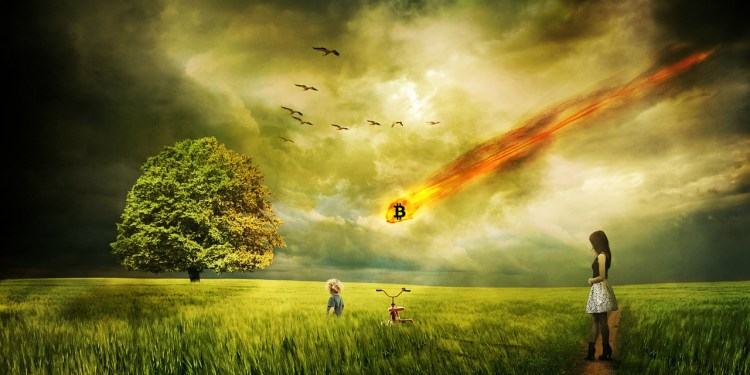 On Saturday December 16, Bitcoin was trading for $19,700 on Coinbase, up 35% within seven days. A year ago it was trading for $1,000. As Bitcoin now slides down below $12,000, off 44% from its record high, it may seem clear to many that the frenzy was unfounded and that Bitcoin, still plagued by slow speeds, limited adoption, high transaction fees and aggressive competitors like Litecoin, Dash, Ripple, Iota and Bitcoin Cash, is currently overvalued. But for anyone long on Bitcoin, they know that double-digit corrections have been the road to higher all-time highs.

Notorious for its volatility, Bitcoin’s history is littered with crashes, roughly once per quarter. The difference this time is that each of the previous crashes flew under the mainstream radar, without the pressures of margin calls, Bitcoin futures or the whales and wolves who are now circling as retail investors flee the markets. Those crashes were also largely the result of hackers, in the case of Mt. Gox, who demolished the strength of the protocol and regulators like China that reneged support in September and crippled its adoption.

Bitcoin has grown up and it’s a different game in the hands of big institutional money. Its sagging price is going to test the strength of the blockchain, the underlying technology of the Bitcoin network, and the cryptocurrency market as a whole. It’s going to test the credulity of blockchain experts and coders who are trying to make their projects scalable and make good on their promise of disruption, primarily in fintech. That’s the long-term challenge.

But the immediate pressure is on traders who own Bitcoin, particularly anyone who bought at the all-time high or who took out a line of credit or leveraged their home. These holders will need to ride out a massive correction in a market where Bitcoin is increasingly losing dominance. BTC dominance of the cryptocurrency market stands at 47.1% of $422 billion, according to CoinMarketCap. That number will shrink as other more stable players (Bitcoin’s rivals) show promise with better metrics, drawing more investment dollars. During January 2017, Bitcoin dominance was roughly 87%. As trading volume increases and more money shifts into altcoins, the market is reflecting belief in emerging blockchain technologies as opposed to the Bitcoin brand.

The other immediate pressure is on Bitcoin exchanges. Despite Bitcoin being decentralized, trading is concentrated in the hands of large exchanges like Coinbase. Coinbase just began an internal investigation following the rapid rise of Bitcoin Cash after it was listed on the exchange two days ago. What happens if everyone wants to withdraw their Bitcoin? Will the exchange be able to cover the fees and make the transactions? As Bitcoin’s price declines, the mining rates decline as well, choking the blockchain. A visit to blockchain.info showed a down site. Unconfirmed transactions are now lingering around 300,000.

One component of a Bitcoin transaction is a UTXO (Unspent Transaction Output).

CCN.com reports, “Once a UTXO is selected for expenditure, it requires the private key associated with the address that received it. This private key redeems the UTXO and allows it to become an input in a new spend transaction. The mechanism whereby previous transaction outputs are reused as the inputs to new transactions is central to the Bitcoin protocol’s function – and exactly as per Satoshi’s design.”

But the introduction of exchanges adds a new layer to how coins are redeemed and how a run on sell orders can expedite a crash. Coinbase, like other exchanges, is struggling with optimization.