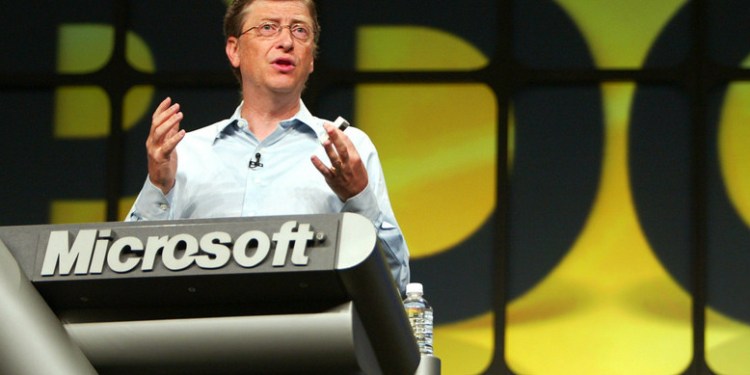 Bill Gates recently joined Warren Buffet and Charlie Munger in a round of heavy Bitcoin bashing.

As for Gates, he told CNBC that Bitcoin and cryptocurrency are “kind of a pure ‘greater fool theory’ type of investment,” saying that he would short Bitcoin “if there was an easy way to do it.”

It actually is easy to short Bitcoin, as noted by early Bitcoin investor Tyler Winklevoss who told Gates “…put your money where your mouth is!”

It’s also good to know that Gates, Buffett and Munger are all business partners at Berkshire Hathaway – the largest shareholder of the ninth and tenth largest banks in the world: Bank of America and Wells Fargo.

And, perhaps, most importantly – it’s worth remembering that Bill Gates was surprised by the success of the Internet. You’ve heard of the Internet, right? It’s that thing that’s the biggest technological advancement in human history.

As noted by The New York Times in 1997, Gates “was taken unawares by the Internet’s grassroots acceptance.”

“In his book, ‘The Road Ahead’ (not available on-line), Mr. Gates admitted that he believed the technology for ‘killer applications’ was inadequate to lure consumers to the Internet.

But as American on-line accounts surged from 16.7 million at the end of 1995 to 25 million to 30 million by the end of 1996, Mr. Gates revised his book to include a chapter on the Internet. He also rolled out a new Microsoft Network that tries to be the paradigm for Internet users: an interactive entertainment channel, communications channel for e-mail and chatrooms; a personal shopping and information channel and a gateway to the World Wide Web.”

The future is never certain. But a blunder like that warrants a prescription for a little less hubris and a little more humble pie.

Finally, it’s also worth following what companies and business leaders do, and not just what they say.

To that end, these companies have been gravitating toward the technology that Bitcoin popularized, as the first successful blockchain protocol. Microsoft just unveiled a set of new blockchain tools for Azure. And as for Berkshire Hathaway, the company’s wholly owned subsidiary recently joined the Blockchain in Transport Alliance.

Related: From Apple to Coca-Cola – The World’s Biggest Brands Are Building on the Blockchain