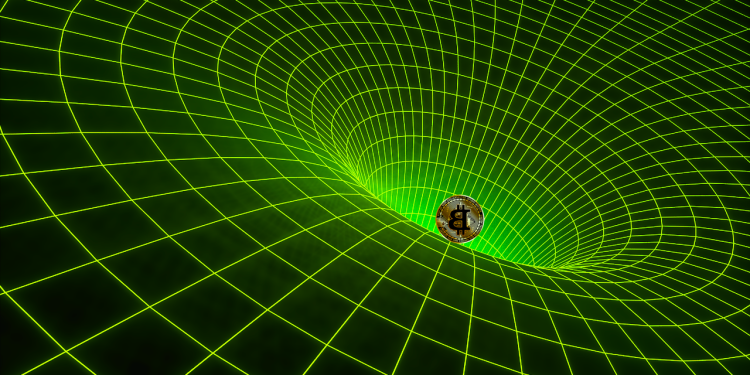 GainBitcoin, one of India’s leading crypto firms, set off a string of scams that have fleeced investors in India out of hundreds of millions of dollars. Founded in 2013, GainBitcoin has been shut down amidst an ongoing investigation that started in 2017 and a wider crackdown on crypto scams in India.

Despite analysis showing that Bitcoin is used in few money laundering operations, and examples such as Rabobank reveal that banks are not immune to using fiat currencies for criminal activity, cryptocurrency scams continue to vex investors worldwide.

Here’s a look at new and old tricks to scam traders and investors.

OneCoin, another cryptocurrency firm, promised similar high returns. After duping nearly 400 people, a probe revealed that the company had no registered office or bank account. All deposits were received in cash.

Scammers are also using fake Twitter handles in abundance. One such handle mimics the look of Zebpay, a cryptocurrency exchange in India, to reach traders. The messages asked Zebpay’s customers to deposit Bitcoin as part of a survey. In return they would receive double the amount of their Bitcoin deposit. Using a simple letter swap trick, scammers attempted to defraud customers. Zebpay reported that users were astute enough to skirt the trap and that no one sustained any losses. 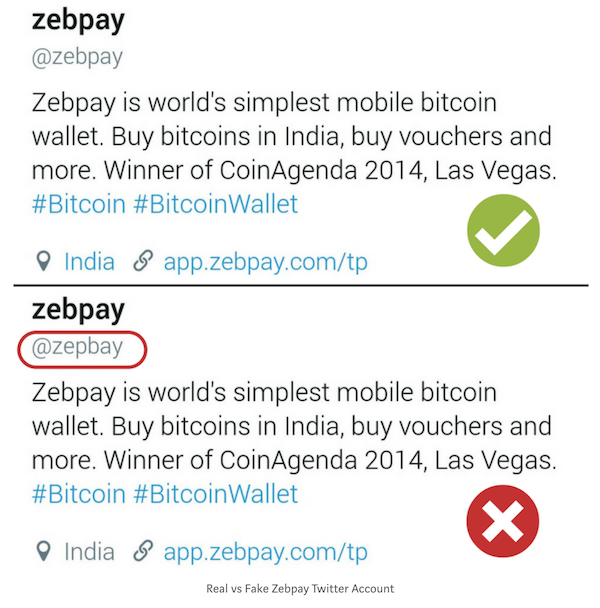 Nine police officials were charged for allegedly kidnapping a businessman and demanding 200 Bitcoin and cash as ransom. Among the accused is an inspector from the Amreli Crime Branch. An official spokesperson told reporters at a press conference that they had enough evidence against the police officials, and that CCTV footage confirmed the accuser’s version of the events leading to his kidnapping.

India sustained its first cryptocurrency exchange hack in April when an employee at New Delhi-based Coinsecure allegedly stole 438 Bitcoin worth $2.9 million (Rs20 crore). Coinsecure copped to the wrongdoing and issued a statement promising customers restitution for the attack that occurred on April 9, 2018. To receive compensation, customers are prompted to download, sign and submit an agreement before June 30, 2018. The Economic Times reports that the hack affected around 11,000 customers.

Conmen create fake yet official looking emails and send them to unsuspecting customers who comply with requests to forward their private information. Cunning methods use messages claiming that a user is the lucky winner of a small crypto jackpot of a particular cryptocurrency that’s being issued as a reward for customer loyalty. To retrieve the prize, the customer is instructed to navigate to a fake link that looks like the actual platform or website. At that point, the customer is required to input their private information, such as e-wallet credentials, to claim the jackpot.

Kashh Coin hit the scene in 2017. Organizers produced “lavish seminars in different places, including Mumbai, Chandigarh, Raipur and Nagpur, for business promotion,” according to Alok Kumar, Joint Commissioner of the Delhi Crime Branch. The pitch: Invest in Bitcoin, lock in your rate, hold for a fixed time period, and make a handsome profit. “At these seminars, they would lure people into investing in this coin claiming that its rate will cross the cost of Bitcoin one day. They used to invite eminent personalities to these seminars to attract more and more people,” reported Kumar. Kashh Coin was a multi-level marketing invention that used the appeal of cryptocurrency as an “investment share.” Bhisham Singh, deputy commissioner in the Crime Branch, reports that the MLM trend has seen a wave of such fake coins including Laxmi coin, LCC coin (short for LiteCoin Classic) and Bullcoin.

While extravagant seminars are able to pack in interested buyers, scammers are able to use random graphs, fabricated reports and cryptographic mumbo jumbo to bedazzle and rob customers who have little technical understanding and no ability to do their due diligence.

The schemes have deeply hampered trust in cryptocurrencies in India. The Reserve Bank of India has said it will cut ties with any banks doing business with cryptocurrency firms. It has given local banks until July 6 to comply. It has also issued a statement on the development of regulatory policies. Petitions against the RBI ban will be heard by the Supreme Court on July 20.