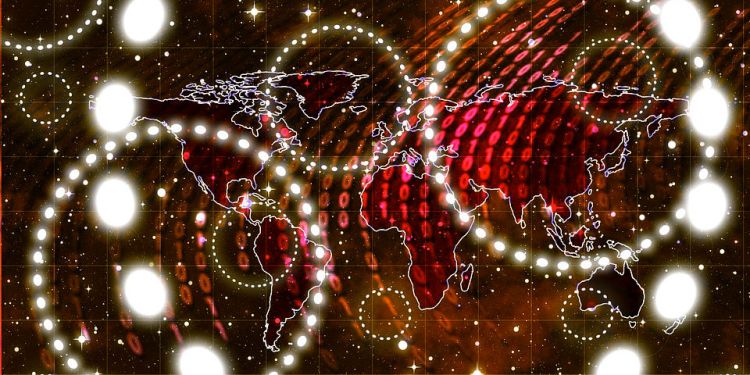 A sweeping new report reveals 115 complaints from Coinbase customers who contacted the SEC and the California Department of Business Oversight to allege that Coinbase had stolen their funds.

The news outlet Mashable says it obtained the documents through the Freedom of Information Act. They show pleas for assistance and allegations of fraud against one of the biggest names in the cryptocurrency space.

Based in San Francisco, the virtual currency exchange has nearly 20 million customers, more than twice the number at Charles Schwab.

Here’s a look at some of the complaints.

“Coinbase has been in possession of my funds ($21,000) since August 30th, 2017,” reads the complaint. “They have effectively stolen my money at this point. They have no way to reach them by phone, and they are ignoring my repeated attempts to resolve this matter.”

Another customer states that they sent dozens of emails to Coinbase customer support after being locked out of their account. They claim that Coinbase either never responded or set them on a perpetual loop of doing what they had already done to ask for support. 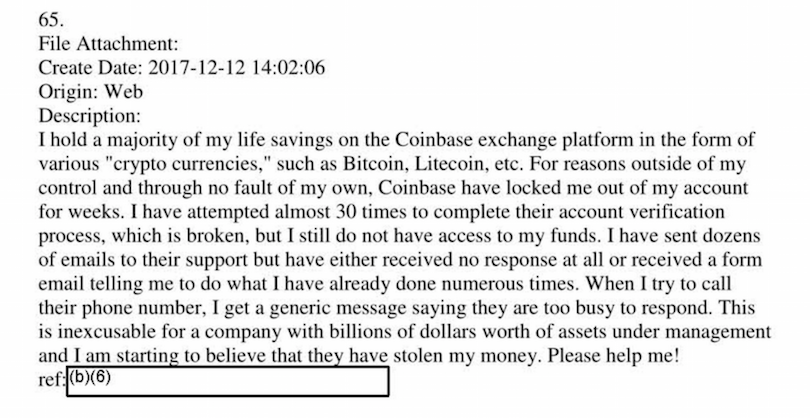 A Coinbase spokesperson responded to Mashable, indicating that the rising popularity of cryptocurrencies put a strain on the company and their ability to perform their due diligence on behalf of their customers.

“In 2017, the cryptocurrency space experienced a profound uptick in mainstream awareness and growth,” said the spokesperson. “As part of that, consumer demand for our services increased by 40x and we experienced transaction volumes in November and December of that year that grew by 295 percent.”

Coinbase recently announced a number of new products to entice institutional investors who bring not only big money but massive volume. Every crypto exchange that has been conducting business with retail investors and wants to expand its business to accommodate institutional investors faces serious technical challenges. Without a robust framework in place, it won’t be able to handle the type of throughput necessary for high volume transactions.

But Coinbase’s rapid growth aligns with its goals of unlocking $10 billion of institutional investor money that it presumes to be sitting on the sidelines.

Scalability has been a thorn in the side for Bitcoin and the many exchanges that have experienced temporary outages due to rising interest in cryptocurrencies and an influx of new traders hoping to ride the crypto craze. In November of last year, several traders reported problems and outages on major exchanges, including Coinbase, Gemini, Bitfinex and Kraken.

Coinbase has attempted to resolve certain complaints by addressing them on the company’s blog.