Bitcoin Price Predictions and Crypto Catalysts That Can Push BTC Above $8,500 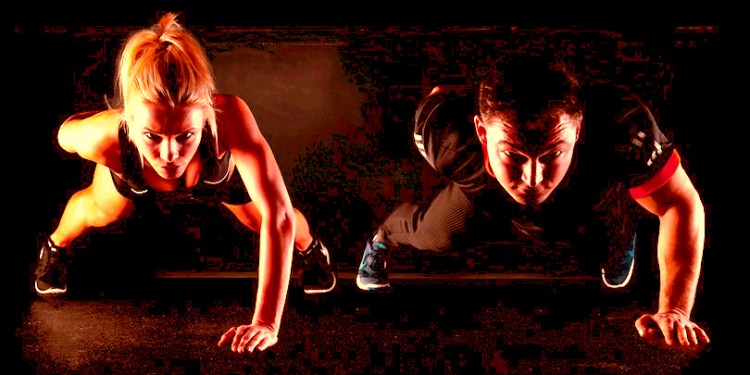 Year-end Bitcoin predictions have swung wildly within the past two months, but with seven weeks left in 2018, some analysts and insiders have dialed back the high notes of a 5-digit rebound.

While a panel of 10 crypto analysts and financial advisors from Finders.com place Bitcoin at $8,200 by the end of November, Tom Lee of Fundstrat is still sticking to his $25,000 prediction by the close of the year. Meanwhile Arthur Hayes, CEO of BitMEX, changed his year-end Bitcoin prediction from $50,000 to a possible low of $2,000 during an extended bear run that could last 18 months. On the other side of the bear market, billionaire crypto bull Tim Draper says Bitcoin will land at $250,000 by 2023, calling his prediction “absolutely solid.” Bitcoin is currently trading at $6,366.

What’s solid is Bitcoin’s blockchain-based technology. What’s more difficult to predict is public sentiment and the psychology behind a mainstream embrace of new technology that challenges banks, legacy platforms that move money around the globe, and the entire monetary system that prints new money based on geo-political goals and economic incentives that favor banks, governments and the wealthy.

Bitcoin has three clear routes to reaching a tipping point.

Underpinning these routes are market fundamentals and developments that are happening behind the scenes — from regulatory discussions to more critical infrastructure for custody solutions and high-volume trading.

Global economic factors also put Bitcoin at play as both a store of value, and as a cheap and efficient way to send money to family members or migrant workers.

But will there be a single event that marks a real turning point or will the surge happen slowly as a set of circumstances finally creates enough fertile soil for a breakout?

Here’s a look at five catalysts that have the potential to push Bitcoin above $8,500, sending it to higher highs.

Bakkt or a Bitcoin ETF

Bakkt, the upcoming cryptocurrency exchange from Intercontinental Exchange, owner of the New York Stock Exchange, plans to launch physically delivered Bitcoin futures in December. Both Bakkt and an SEC-approved Bitcoin ETF could inject Wall Street capital into the cryptocurrency markets.

He echoes remarks made by BlackRock CEO Larry Fink who spoke to Bloomberg in July about a lack of interest in crypto from his clients. Recent actions by Fidelity, Goldman Sachs, Citigroup and Morgan Stanley, which are gearing up for institutional investors tend to debunk these remarks, but the truth may lie somewhere in the middle. Investor interest in crypto is tentative, and may rise and fall with the price of Bitcoin, creating a feedback loop instead of a strong sign that this class will lead the breakout.

If it does actually lead the way to crypto dominance, it likely needs much more time to get everyone on the same page.

The latest: According to the World Bank, radical change may be the only way out.

“The work to end extreme poverty is far from over, and many challenges remain. The latest projections show that if we continue down a business-as-usual path, the world will not be able to eradicate extreme poverty by 2030.”

While the world’s most poor are difficult to reach, living in rural areas and cut off from the internet, technologists and blockchain providers are working on offline network “mesh” solutions that would allow people to move money around just by having a cell phone. These new solutions are digital and blockchain-based, and would leave old school local currencies behind. They will also take more time to develop.

“While many projects are focusing on banking the unbanked, there aren’t many that focus on providing the infrastructure to the unbanked who are also not connected. Mesh networks like @Right_Mesh help connect the unconnected in 3rd world countries. It’s a very important first step.”

Speculation about a big player like Amazon or Facebook either adopting an existing cryptocurrency or creating their own is a call-to-action to Jeff Bezos and Mark Zuckerberg. These companies are known for developing proprietary systems and technologies, so it’s unclear as to whether or not they’d move to integrate a cryptocurrency or build their own. What is clear, however, is that corporate giants in Asia have already taken the step. Rakuten acquired everybody’s bitcoin Inc. in August, and Alibaba is developing cryptocurrency payment methods that would respond to intervention, according to a patent dated in October.

The latest: Twitter users hope Elon Musk could bring crypto to the masses by partnering with Binance to make Bitcoin a payment option for Tesla, and Jack Dorsey CEO of Twitter and Square continues to stand by his prediction that Bitcoin will one day become the dominate currency of the internet. No major recent developments have been announced by any corporate retail leaders, but crypto adoption by a mainstream player with massive brand recognition, such as Starbucks, could ignite major momentum.

Social media-savvy Millennials have a serious sphere of influence, spreading photos, videos and ideas that can make just about anything go viral. Their Facebook, Twitter and Instagram feeds are pumping out crypto content and reenforcing their collective financial struggles. Banks occupy that shady space in their past, present and future. The banking system claimed their parents’ homes during the sub-prime loan mortgage crisis of 2008 that spiraled into epic numbers of foreclosures. And they’re claiming their paychecks to repay sky-high student loan debts. They’ve also created enough doubt about a system that’s produced a stream of greedy sociopaths – immortalized by Leonardo DiCaprio as Jordan Belfort in the Wolf of Wall Street – who suck up all the money and hand it to the 1%.

The latest: In a recent study by Deidre Campbell, global chair of financial services at Edelman, 25% of millennial participants said they’re using or holding crypto, and 30% said they want to investigate it further.

According to the study,

“They’re financially savvy but still stressed. While most feel financially successful, many still struggle to make financial decisions. Of those who do, 54 percent say thinking about money makes them “stressed and anxious.”

They’re much more skeptical. More than three-quarters say shopping for financial services products leaves them feeling unsure and out of their depth, and 70 percent say financial services companies make the purchasing process unnecessarily confusing and frustrating. More concerning is that 77 percent believe it’s just a matter of time before “bad behavior” of the financial industry leads to another economic crisis, nearly 20 points higher than their non-affluent peers and affluent Gen-Xers we surveyed.”

Fiat currency skeptics say another global financial crisis could ignite a mass exodus from the US dollar. Americans, as well as wealthy foreigners who hold US dollars, particularly Asians who are heavily invested in the real estate market, could potentially turn to Bitcoin as a sound store of value that’s designed to be deflationary.

The latest: In a recent podcast hosted by Anthony Pompliano of Off the Chain, Bitcoin maximalist Murad Mahmudov says,

And I believe that because fiat currencies are constantly diluted, at the same time this has caused an artificial increase in the value of other asset classes and other financial instruments as people are hunting for yield. The aggressive quantitative easing and the aggressive unorthodox, negative interest rate monetary policies of some central banks since the financial crisis have exacerbated this effect even further.”

As other financial products underperform, investors around the world could gravitate toward cryptocurrencies to explore more stable, transparent and resilient asset classes, replacing a monetary system that repeatedly fails and that leaves, at peak efficiency, billions in poverty. The last financial crisis happened in a world without a digital alternative to the current monetary system. But the next one will occur with the Bitcoin genie firmly out of the bottle.