Top Influencers Proclaim the Death of Bitcoin and Crypto, Overlook the Power of Big Tech 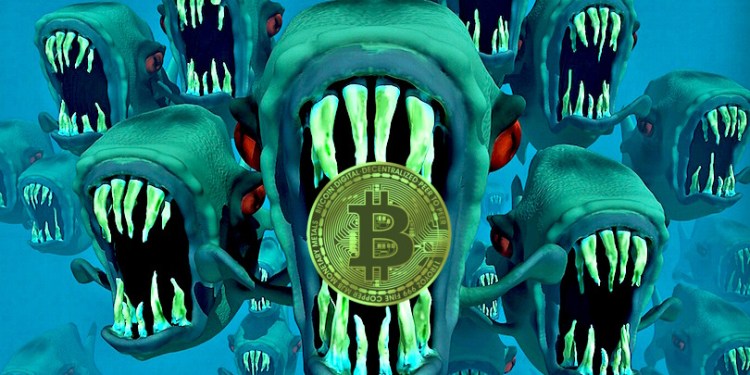 Bitcoin dropped below $6,500 today on a continued downward slide after the US Securities and Exchange Commission decided to reject the second proposal from the Winklevoss twins and to delay a decision on yet another Bitcoin ETF proposed by the VanEck SolidX Bitcoin Trust.

Bitcoin’s ongoing volatility keeps fueling detractors who announce its extinction. Back in June, CNBC aired a public funeral for Bitcoin when it slipped below $6,200. That’s one of at least 306 times Bitcoin has been declared dead, according to 99Bitcoins.

All of them believe Bitcoin will crash and burn. The ideological battle is so charged because there’s a lot at stake.

According to Agustín Carstens, the general manager of the Bank for International Settlement (BIS), cryptocurrencies are “neither a good means of payment, nor a good unit of account, nor are they suitable as a store of value. They fail dramatically on each of these counts.” By his assessment, the crypto system of mining is flawed because it creates a money-making incentive for miners that is “not compatible with maximizing the usefulness of money.”

Specifically, it’s not compatible with the monetary incentives for bankers. They profit by managing the assets of high-net wealth individuals, pouring big money into financial instruments that generate passive income for qualified investors only.

Meanwhile, Bitcoin, a borderless currency, and several of its crypto clones, can move money around the world and transfer value without a bank. Even if it’s not being adopted at a rapid pace by the man on the street, banks and old school proponents are in a war with tech companies that see an opportunity to grab a slice of the financial-sector pie by disrupting the current banking system.

The monopoly on money is over.

Bitcoin and other leading cryptocurrencies are a new way to distribute money. They are, in part, a solution to the inflationary characteristics of fiat currencies.

To believe in a “better system”, one that outperforms the brick-and-mortar banking system that’s based on traditional economic models, the financial sector at large, including the central banks, would need to acknowledge that its system has failed. They would have to remember the bail-outs, the Bernie Madoffs, the subprime loan shenanigans and the trillion-dollar student loan debt crisis that has endeared Bitcoin and crypto to Millennials. They would have to acknowledge that countries like Greece, Venezuela, Argentina and Zimbabwe have all endured economic ruin and fiat currency collapse.

There’s a reason why people around the globe want to dethrone banking elites and create a new monetary system. It’s the failures of the banking system that are fueling the rise of blockchain and cryptocurrencies.

A new tech-driven system suggests that power can be shifted away from politicians and economists. Computer scientists and technocrats are in the wings – coding, creating and recalibrating. They’re building protocols, based on machine learning, that can drive efficiency in business. The goal is to eliminate the lack of transparency and root out the unfair business practices in banking that ignited the epic financial crisis of 2008.

In a recent survey by LendEDU, nearly 50% of 1,000 respondents were “open to the idea of using an account created by Amazon as a primary bank account.”

Facebook, which recently set up a new blockchain division, reportedly met with Stellar to discuss blockchain technology. Stellar, like Ripple, is a blockchain-based payment network that can transfer value around the globe at a rapid pace, eliminating high SWIFT fees, clearing houses and other intermediaries that settle transactions by traditional banks.

Beyond Silicon Valley, powerhouse players like Binance, the world’s leading cryptocurrency exchange, are making strategic partnerships to challenge banks and traditional stock exchanges. CEO Changpeng Zhao is building an infrastructure for cryptocurrency loans, among many other initiatives.

Denouncing Bitcoin as “bad”, “foolish” or “stupid” isn’t going to wipe it all away. Using the same-old “Bitcoin is for criminals” trope isn’t going to lead Millennials to stop the transformation. Swearing it will all come “crashing down” isn’t going to silence the exploration.

Innovators are keeping pace with the latest developments as crypto adoption continues unabated across the globe.