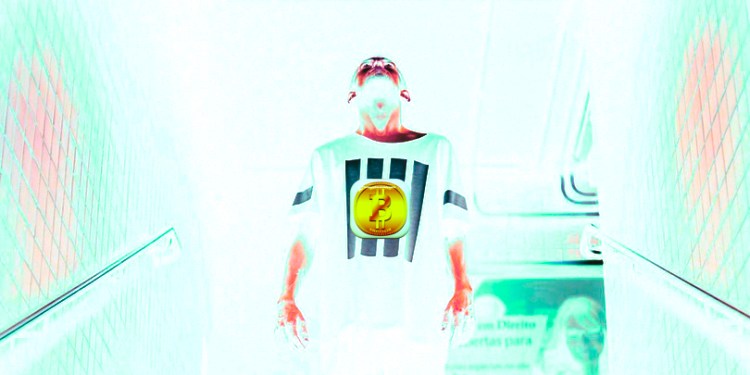 As the Bitcoin bulls await a breakout in price action after the long bear market of 2018, here are 10 key signs that show the cryptocurrency market comparisons to Tulip mania, which collapsed in 1637 – never to rebound – are looking more and more far-fetched.

Bitcoin volatility at a low

According to Bloomberg data compiled by asset manager Blockforce Capital, crypto volatility is down sharply, reports Forbes. While analysts debate whether or not Bitcoin’s sideways price action means a bull run is near, reduced volatility is a sign that the wild mania has cooled off. Currently trading at $6,648, Bitcoin is up 50% since October 8, 2017, when it was trading at $4,438, according to data by CoinMarketCap.

Recode reports that Coinbase is finalizing a deal with New York-based investment firm Tiger Global that would value the cryptocurrency exchange at an estimated $8 billion. While Coinbase has proven itself to be a market leader, it’s not the only company that has soared to multi-billion dollar heights on the strength of Bitcoin and the global cryptocurrency movement that aims to revolutionize the financial system. Binance, the unicorn startup founded in July 2017 that has reached a billion-dollar valuation, reportedly surpassed Deutsche Bank in quarterly profits eight months after launching.

Bakkt on the way

Intercontinental Exchange has partnered with Microsoft, Starbucks and Boston Consulting Group to launch Bakkt, a new cryptocurrency exchange. Leveraging corporate brand recognition and ICE’s track record of running the New York Stock Exchange, Bakkt is poised to rewrite the institutional position on cryptocurrencies – from tulips to long-term profits – by becoming Wall Street’s onramp in the market.

If top talent moves are any indication of the next big tech trend, all eyes are on crypto. Talent keeps pouring into the space, particularly from the finance sector.  LinkedIn analytics and data science exec Michael Li, a seven-year veteran, left the firm to become the vice president of data at Coinbase. Binance just hired Wei Zhou, a Wall Street capital markets specialist who managed several IPOs on the New York Stock Exchange and NASDAQ. Crypto exchange Gemini hired Robert Cornish, former chief information officer at NYSE, as the company’s the first chief technology officer. Many more Wall Street veterans have expanded into crypto-related companies and startups to build infrastructure, hedge funds and new applications.

Financial advisors are looking into cryptocurrencies

A recent survey of more than 450 financial advisors by Bitwise Asset Management found that 83% had clients who were asking about crypto. With big legacy firms such as Fidelity working on cryptocurrency offerings and custody solutions, the landscape suggests that traditional players in the finance sector are looking into the underlying technology to verify claims that Bitcoin and other cryptocurrencies can actually do the things they claim: transfer value across borders without intermediaries.

Industry leaders are coming together to form alliances

Stronger together, industry leaders in the crypto space are forming strategic alliances to advance the technology and push for a regulatory framework that will allow innovation to thrive. The Virtual Commodity Association Working Group, led by Gemini and Bittrex, is a self-regulatory body that aims to improve standards that can fortify exchanges. Crypto advocates from Coinbase, Ripple, ConsenSys, Blockchain, Fidelity, Nasdaq and dozens of other companies recently came together to appear before Congress, urging policymakers to recognize the future of cryptocurrencies and the competitive landscape by acting now to establish a clear regulatory framework. The momentum matches the support of top US regulators, including US Securities and Exchange Commissioner Hester Peirce and Commodity Futures Trading Commission Chair Christopher Giancarlo.

Given the fast-moving global nature of fintech and the rapid developments in the cryptocurrency markets, regulators are also coming together to share information. CFTC Chair Giancarlo just announced a strategic alliance with Australia “to enhance global awareness of the critical role of regulators in 21st century digital markets.”

Crypto and blockchain courses are exploding at top universities

Academics are focusing on the future and how to prepare the next class of graduations. Their courses on blockchain technology and cryptocurrencies have been picking up steam throughout the year, and are proving to be some of the most popular courses on college campuses. Top universities such as Stanford, Cornell, Berkeley and NYU are all fulfilling student demands with relevant courses.

Evolutionary forces are organic and always take time. They can’t be controlled or dictated by a single entity or group of actors seeking a specific outcome. Money, like music, has become more portable over time. With the rise of mobile devices, and the appetites driving the demand streaming services and instant content-on-the-go, brick-and-mortar banks, like Blockbuster Video and Tower Records before them, are facing the realities of a parallel system that may not immediately drive their businesses into extinction but will challenge their platforms and eventually poach customers. Several papers, including one by researchers at Imperial College London, as well as a study by the International Monetary Fund, point out the evolutionary rise of cryptocurrencies.