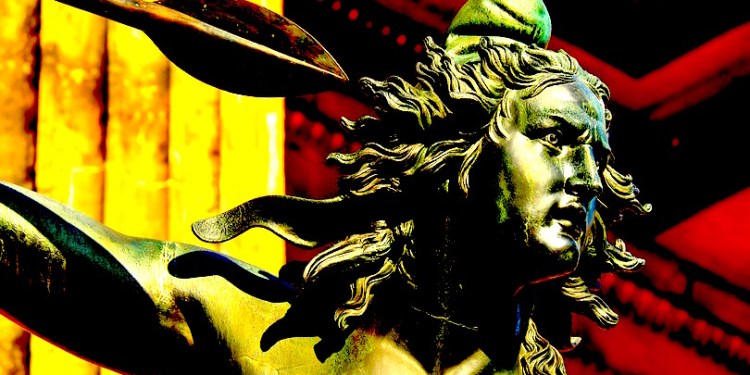 To celebrate the 70th anniversary of the MBA program at the University of Miami Business School, guest Agustín Carstens addressed UM alum to deliver his take on the future of finance in a speech entitled “Money and payment systems in the digital age.”

A crypto critic, Carstens has previously denounced cryptocurrencies as failing dramatically to act as a means of payment, a unit of account and a store of value, and has implored young people to “stop trying to create money.”

Speaking before alumni of the Miami Business School, Carstens emphasized the evolution of money and tech.

“Many of you were born into a digital world. Some of you may have never known a world without the internet, without Google, without smartphones. Believe it or not, there was a time when libraries were the primary source of knowledge, information came from manual searches of books and microfiches, and computers took up the size of an entire classroom.

The situation is similar with money and payments: some of you may have never carried hundreds of dollars in cash to buy something, written a cheque at a grocery store, or searched for coins to make a call at a public telephone booth or feed a parking meter. A few of you who grew up outside the United States may have never even touched paper money until arriving here. Times are a-changin’, and changing quickly.”

But times are not changing in favor of cryptocurrencies, according to Carstens.

“Cryptocurrencies: fake money. No discussion of money and payments in the digital age would be complete without addressing cryptocurrencies. But are cryptocurrencies money? No. The use of ‘currencies’ is misleading. Cryptocurrencies, such as Bitcoin, Ether and Tether, do not serve the core functions of money. No cryptocurrency is a true unit of account or a payment instrument, and we have seen this year that they are a poor store of value. This then raises the question: what are they? Let me expand.

I am not aware of any major business that uses a cryptocurrency as its primary unit of account. Even overstock.com, one of the early Bitcoin evangelists, lists prices in a sovereign currency. It merely accepts bitcoins using a USD/bitcoin conversion rate that is valid for up to 10 minutes. That is even worse than my boyhood bus fare!”

“The bitcoin equivalent of one US dollar at the beginning of the year, for example, would be the equivalent of about 50 cents today. Having a stable unit of account is fundamental to having a smoothly functioning economy; otherwise, we would be subject to daily, if not 10-minute, price changes. Some companies are trying to solve the volatility of cryptocurrencies by tying them to an underlying asset, such as the US dollar. However, even these so-called ‘stable coins’ also show volatility.”

Key reasons why crypto will fail

“First, the system is highly inefficient and expensive.”

“So if cryptocurrency isn’t money, what is it? From my perspective, cryptocurrencies are, at best, an asset of some sort. Perhaps an asset comparable to a piece of art for those who appreciate cryptography. Buyers of cryptocurrencies are buying into nothing more than a software algorithm. Some firms are trying to back cryptocurrencies with an underlying asset, such as cash or securities. That sounds nice, but it’s the equivalent of making art from banknotes or stock certificates. The buyer is still buying an idea or a concept or, if you will, an asset that is the equivalent of art hanging on your wall. If people want the underlying asset, they might be better served just buying that. Others have argued that cryptocurrencies resemble assets because they are like ‘digital gold’, with just the right amount of scarcity – like the Aztec cocoa beans. However, that scarcity is artificially created through an algorithm and, as I said before, there is no scarcity with several thousand cryptocurrencies!”

“Cryptocurrency enthusiasts often highlight the ability to avoid existing institutions. But is that a good thing? There’s not a day that goes by when there isn’t a story about stolen cryptocurrencies. One industry report suggests that almost $1 billion in cryptocurrencies have been stolen so far this year. Most of those who have suffered cryptocurrency theft can’t do much in terms of recovery (the local police is unlikely to be of much help!). Further, numerous studies have noted that a significant amount of Bitcoin activity is shady. One academic study suggests that about a quarter of Bitcoin users and about 46% of Bitcoin transactions are associated with illegal activity – whereas money and other assets held at regulated financial institutions are subject to rules on consumer protection, anti-money laundering and combating the financing of terrorism.”

The speech was part of a three-day forum convening academics and business leaders during UM’s homecoming and alumni weekend, which took place at the university from November 1-4.

Top Influencers Proclaim the Death of Bitcoin and Crypto, Overlook the Power of Big Tech

Over 7,000 Global Bankers Arrive in Sydney for Sibos 2018: Swift, Ripple and the Financial Services Turning Point

Tom Lee to Central Bankers: Do You Like SWIFT Because It’s Backwards-Compatible With the Abacus?